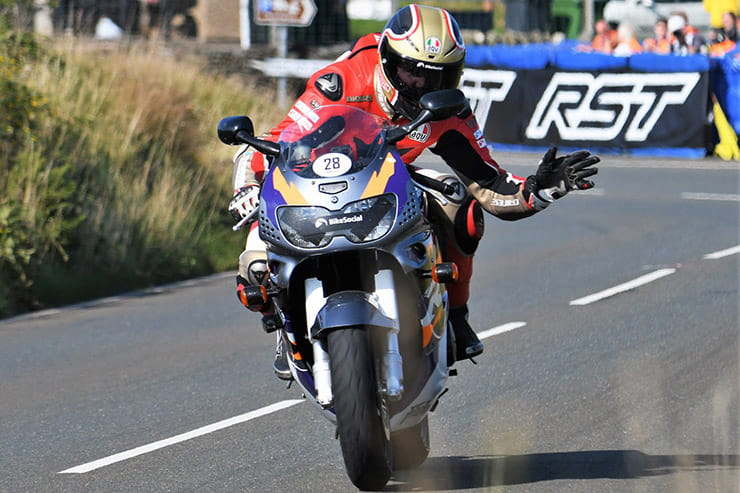 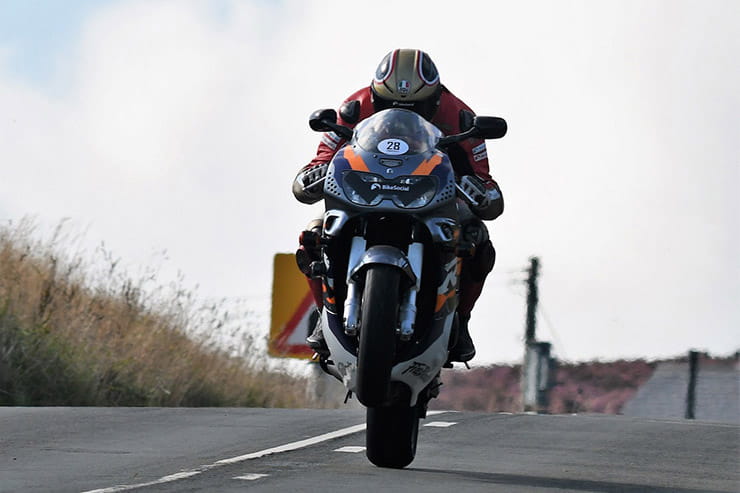 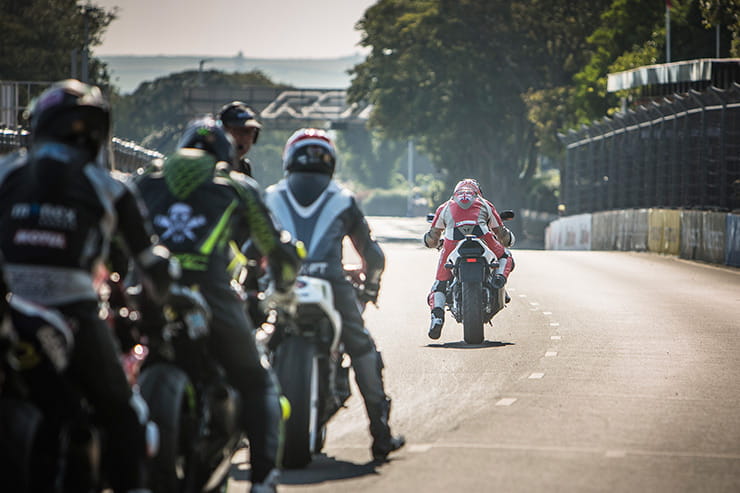 Imagine you’re playing 5-a-side football and David Beckham turns up to tell you what you’re doing wrong. Well, this is the motorcycling equivalent.

In August 2019, courtesy of Bennetts sponsoring the Classic Isle of Man TT, my colleague Luke Brackenbury and I got the chance to ride in the Classic Racer Lap of Honour – a closed road lap of the world’s most famous motorcycling track, the 37.73-mile Snaefell Mountain Course.

Mounted on a 1996 Honda CBR900RR FireBlade from Honda UK’s heritage fleet to mark the marque’s 60th anniversary of competing at the Isle of Man, I was lucky enough to receive the accolade of starting my lap in among the first batch of riders. 120 in all took part but the first 20 spots received the familiar tap on the shoulder at 10-second intervals while sitting on the famous starting position in the middle of the Glencrutchery Road adjacent to the pit entrance.

Ahead of me, a little further down the road were the likes of John McGuinness, Giacomo Agostini, Carl Fogarty, Philip McCallen and Steve Plater – just the 49 wins between them! And there I was, revving the in-line four-cylinder road bike enough to keep myself happy the engine was still running as I shuffled towards the line. The fear of stalling or trying to start while in neutral were all too apparent. How on earth do the great TT racers keep their nerve in this situation?

The current lap record belongs to the most relaxed racer you’ll ever meet, Peter Hickman. He set the 16m 42.778s lap on lap 6 of the Senior TT in 2018 while chasing down Dean Harrison and overtaking him in the final sector for the win. So, who better to offer his thoughts, critique, and expert opinion on my lap?