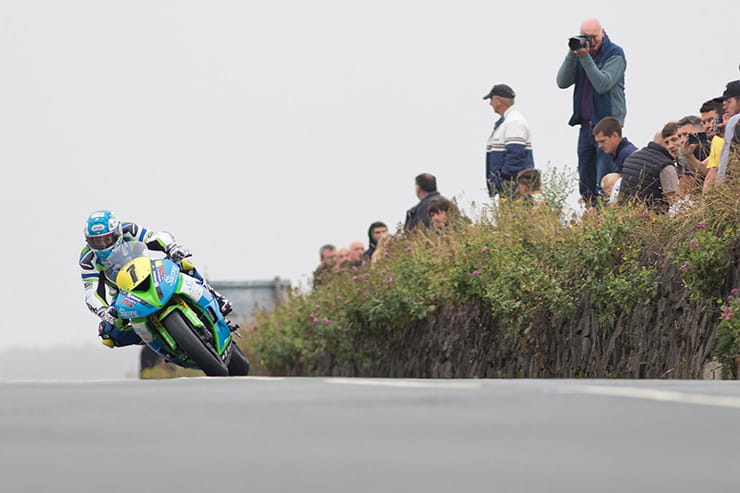 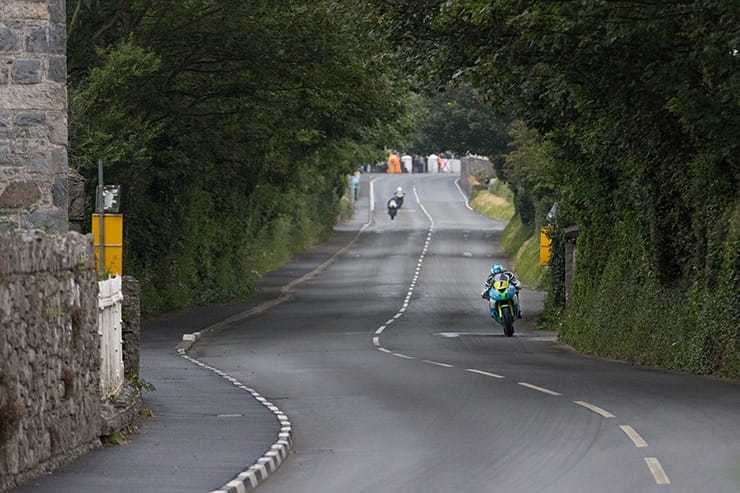 It takes place on four miles of narrow roads, lined by walls, bus stops and houses and features the likes of Dean Harrison and Michael Dunlop - meet road racing’s best-kept secret: the Southern 100.

Every year dozens of riders descend upon the Isle of Man to take part in one of the grittiest events in the road racing calendar. This year, stars include Michael Dunlop, Dean Harrison, sidecar maestro John Holden and former sidecar world champion Tim Reeves. The list of past riders is a who’s who of motorcyling - including includes Joey Dunlop, Robert Dunlop, Ian Lougher, Phillip McCallen, Phil Read and even Carl Fogarty’s dad, George.

But this isn’t the TT. It’s the much lesser known - but no less thrilling - Southern 100, aka ‘The Friendly Races.’ 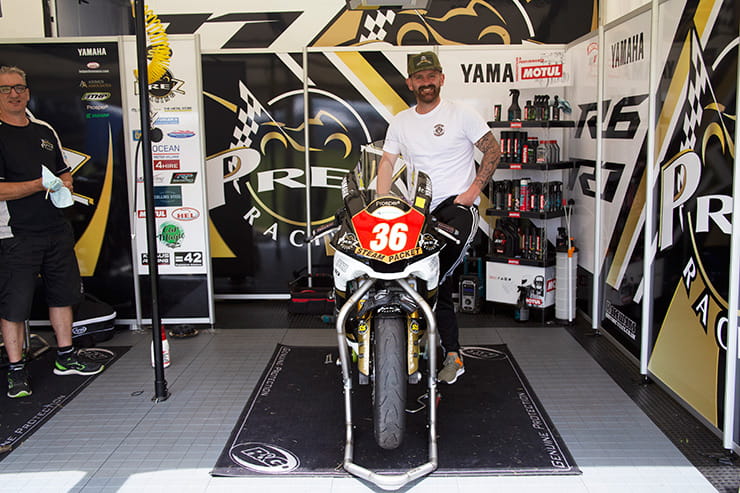 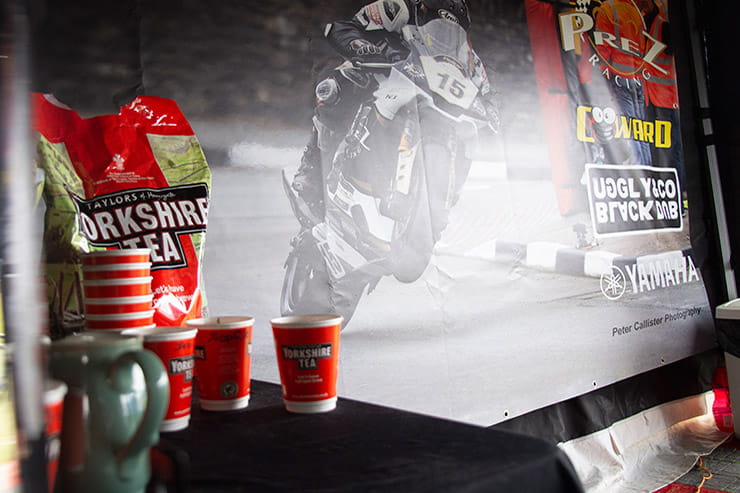 Above: You can take the man out of Hebdon Bridge but…

Jamie Coward, who’s currently topping practice sessions along with Dean Harrison and Michael Dunlop, said, “It is real grass roots road racing with a mass start. I actually like the fact it’s a mass start as it means you can compare yourself to other riders. You can’t really compare it to the TT as they are so different as the TT is a timed race and you’re on your own. At the Southern, the mass start means you really can have a chance of getting up there at the front if you push hard enough.”

The Prez Racing rider, who started racing ten years ago, added, “It’s also a really friendly event - people have total access to the riders in the same manner they do at the Irish road races and it attracts proper enthusiasts.”

Of course, the Southern 100 is on a much smaller scale to the TT. “You don’t see fancy trucks here,” said Jamie. Silicone and Tyco are the only ones with trucks but they are working out of pop-up awnings. 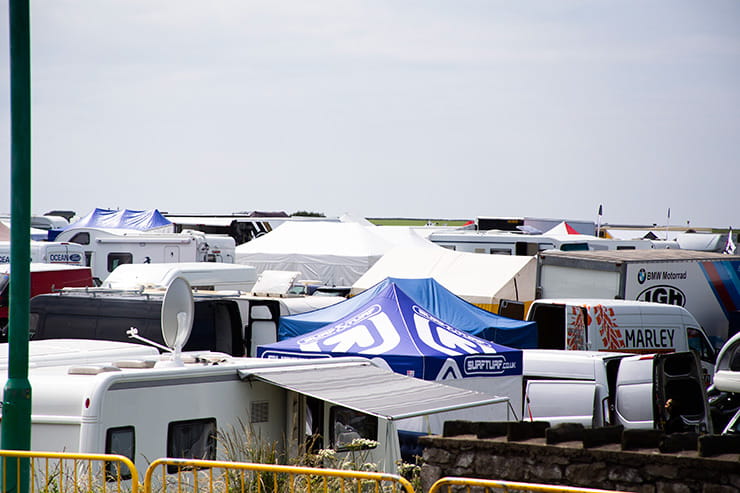 There are 13 races and umpteen practice sessions across four days at the Southern, with sidecar races and solo races. The event started in 1955 as a means to enable Manx Riders to qualify for a race licence in order to enter the IOM TT or the MGP. Philip Taubman MBE, one of the event’s longest-standing organisers told BikeSocial, “Back in those days competitors had to fulfil strict criteria to compete in either the MGP and TT and the Southern provided vital race experience for Manx riders.”

“The founders used to hold all their race organisation meetings in the kitchen at what is now the Viking hotel and as one of the founders worked in air traffic control he sometimes held the meetings in the control tower at the airport between landings.”

Right from its origins, the S100 has been a very grass-roots affair. And it maintains that feeling today: the cafe bar is operated solely by volunteers, with all proceeds going back into the race itself.

“I’ve been coming here since I was a kid,” says Philip. “I remember thinking ‘what is this?’ when I first discovered the racing as a kid and wanted to be involved even back then.

That was 64 years ago, when Philip was 12 years-old. “I started selling programmes and that was that,” he said. 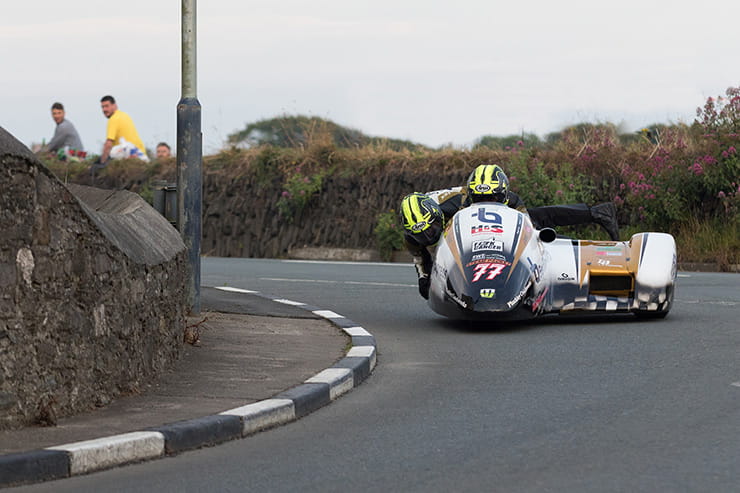 Since then Philip has worked in every area of race organisation, including catering, compiling the race programme to acting as clerk of the course. “That was a very responsible job,” he says. “The book stops with you but it is very special to be right at the heart of the action. I really miss that but I am still very involved - this week I’m even in the kitchen making sausage sandwiches.”

The circuit remains unchanged since the event started in 1955. It is exactly four-and-a-quarter miles long and the length of races varies from four to nine laps. Philip said: “The Senior race used to be 24 laps long - to make up 100 miles, hence the name, Southern 100.” 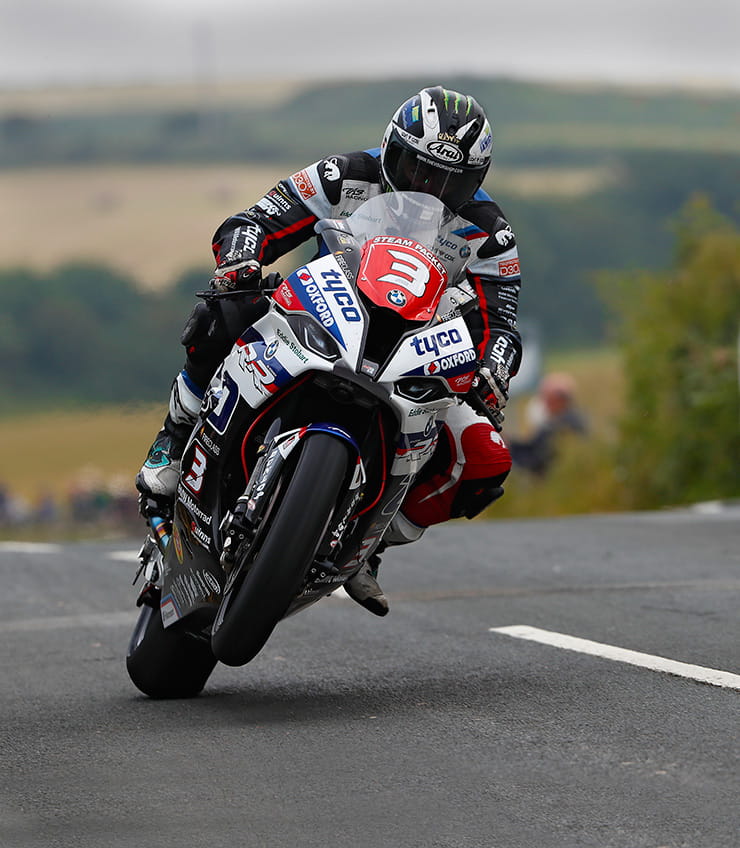 The spectacle of the Southern makes a lasting impact on spectators - not only because of its down-to-earth atmosphere but the racing as well: it is rare to watch the likes of Dean Harrison and Michael Dunlop racing neck-a-neck, knee-to-knee on tiny B roads.

Indeed, on and off the track the Southern 100 is a no-nonsense, grass roots affair. And in an era of massive corporatisation and branding, it’s a welcome surprise to have your sausage sandwich made by the man who was once the clerk of the course.