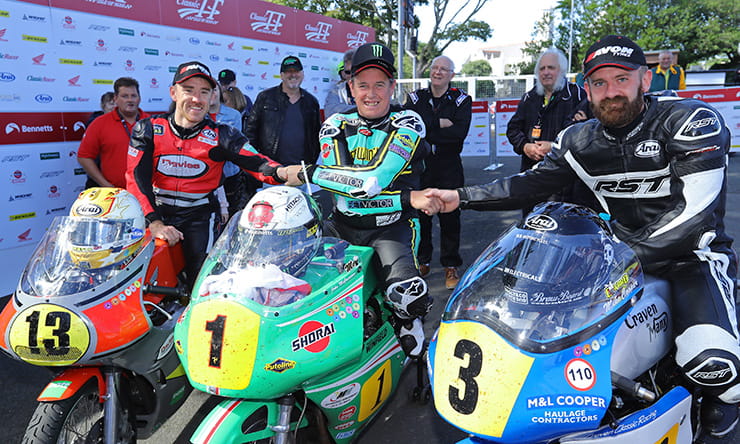 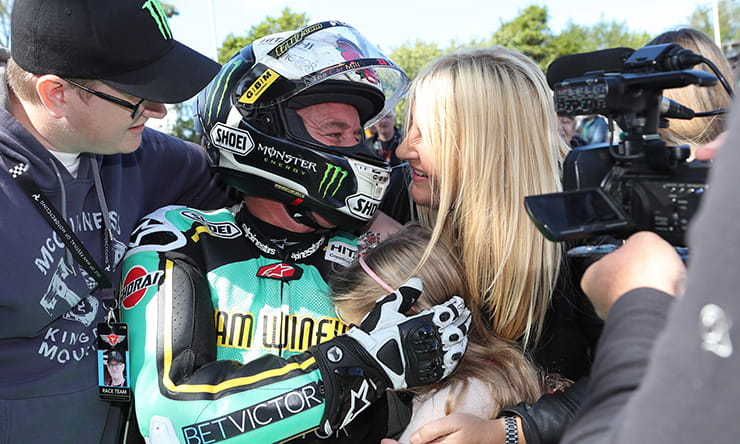 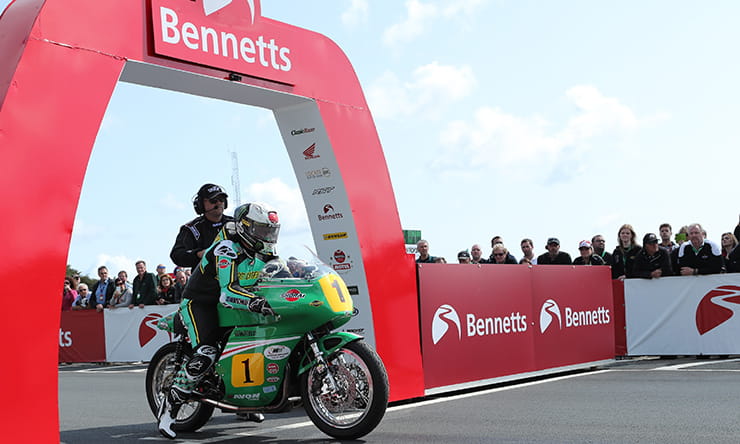 The 2019 Classic TT presented by Bennetts will once again get underway with the Bennetts Senior Classic TT Race and with a 75-strong entry, it promises to a hotly contested affair.

The entry is made up of many of the Isle of Man TT’s front runners including 23-time TT Race winner John McGuinness, as well as a number of classic racing specialists onboard a combination of British single cylinder machines and exotic two, three and four cylinder machines from Italy and Japan.

McGuinness currently holds the class lap record at an average speed of 113.342mph and having won the race in both 2016 and 2018 on Roger Winfield’s Paton, he will start as the hot favourite again. The Morecambe Missile didn’t enjoy a strong meeting at this year’s TT so will be keen to ensure his 2019 campaign around the 37.73-mile course ends on a high note.

It is hard to see anyone getting the better of McGuinness, who was revealed as starting at number one earlier in the month, as the multi-cylinder Paton has won the race for five of the last six years but he’ll have a target on his back with this year’s Dunlop Senior TT Race winner, Dean Harrison, starting ten seconds behind him.

The Bradford rider won the Senior Classic TT Race in 2015 when riding the Black Eagle MV Agusta and makes a welcome return to the race, this time on the LSS Waste Management Norton. The single cylinder engine in the Manx Norton means he’ll be down on top speed in comparison to the Paton, but anything can happen in classic racing!

Ian Lougher, who won the As in previous years, the top twenty is made of a combination of regular TT front runners and Classic Racing specialists on a variety of single cylinder machines such as Norton and Matchless, twin cylinder bikes including Honda and Paton, plus hi-revving triples and four-cylinder bikes from MV Agusta and Honda.2014 encounter when Paton-mounted, will follow Harrison on another Italian multi-cylinder bike with one of John Chapman’s exotic MV Agustas. The bike certainly has the credentials to fight for victory although reliability could again be the issue.

Michael Rutter continues on the Ripley Land Matchless which has already seen him lap in excess of 109mph previously, but perhaps the strongest threat to McGuinness will be 2019 TT Privateer’s Champion, Jamie Coward, who has taken second place for the last two years.

His pace on the Ted Woof/Craven Manx Norton has been proven already and having lapped impressively at more than 110mph on the machine, he’ll want to finally stand on the top step and bring an end to the Italian domination.

Hillier is joined at CSC Racing by Michael Sweeney (23), who contests the class for the first time, with Derek Sheils (Greenall Racing) and Rob Hodson (Geoff Bates Racing) also getting their first taste of the Senior Classic TT Race.

More Italian exotica will be in the hands of Lougher’s team-mate Joey Thompson, who rides a second MV Agusta for John Chapman as he makes a return to the Mountain Course. Paton are further represented by Maria Costello, third in 2016, and Stefano Bonetti (22). The Italian makes his debut at the Classic TT and together with Costello will have a great chance of standing on the podium. 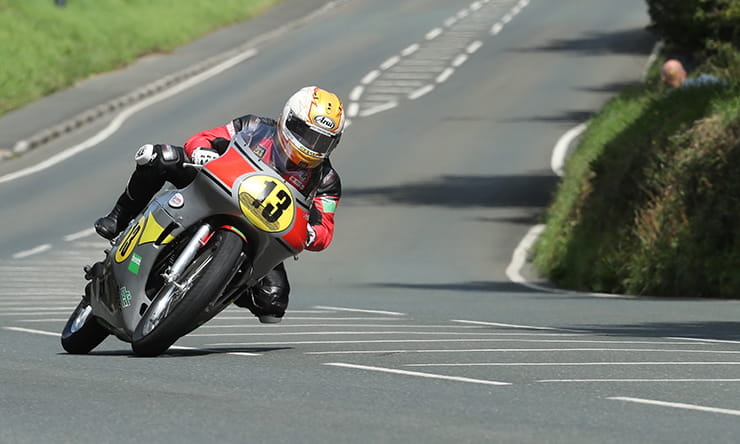 Youngsters Danny Webb (Dunnell Racing) and Davey Todd (21 - Service Engineers NZ) line up with Manx Norton machinery, and the father and son duo of Bill and Chris Swallow are also back for another attempt on some of the rarer bikes in the race – Bill on a 500cc Ducati for John Poyner/Gleve Racing and Chris on the Royal Enfield previously ridden by Olie Linsdell.

Horst Saiger is also on board one of the more unusual machines on the entry but he’s already lapped at more than 103mph on the Egli-Vincent so will be confident of another top ten finish.

Mark Herbertson (26), Meredydd Owen (36), Will Loder (38) and TT Rider Liaison Officer John Barton (40) will all be Matchless-mounted, with Frenchman Lancelot Unissart (37) on board the only Triumph on the entry list.

Meanwhile, there’s plenty of talent throughout the field and just some of the other riders to look out for are Richard Wilson (28 - Honda), Mark Parrett (25 - Norton), Chris McGahan (24 – Honda) and Dave Matravers (34 - Norton).

TT stalwart David Madsen-Mygdal (35) is also on the entry again, as are John-Leigh Pemberton (30) and Hefyn Owen (31), whilst Andrew Farrell (47), Tom Weeden (52) and Barry Lee Evans (48) are amongst the debutants in the four-lap race which is scheduled to get underway at 11.00am on Saturday 24th August.

Michael Dunlop is entered at number six but has yet to confirm a machine whilst he may also prefer to rest his injuries and focus on the RST Superbike Classic TT Race instead, where he has a great chance of winning on the Team Classic Suzuki.