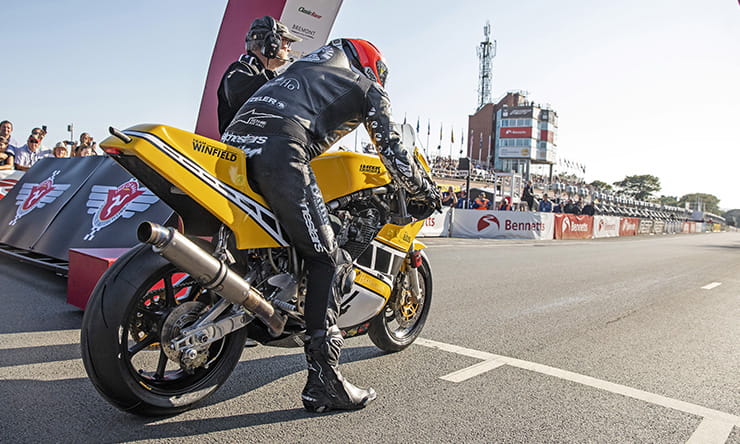 “Attention pits, attention paddock, the Classic TT and Manx Grand Prix have been cancelled. Over and out.”

Sadly, but with a degree of inevitability the Isle of Man Classic TT presented by Bennetts has been officially cancelled.

The Classic TT and its adjacent race meeting, the Manx Grand Prix, both of which form The Festival of Motorcycling on Isle of Man scheduled to take place from 22nd August – 4th September is the latest public gathering event to have fallen to defeat by the COVID-19 pandemic.

Predictably, the rumours had been circulating that the Classic TT would be cancelled despite still being almost four months away, and today it was confirmed by Laurance Skelly MHK, Minister for Enterprise, that the cancellation of the event follows that of the Isle of Man TT from back in March.

Mr Kelly said, “This is obviously a conclusion that we didn’t want to reach but unfortunately when all the factors and advice are considered we felt that it was important to make an early decision to provide clarity and certainty to race officials, fans and sponsors, as well as competitors themselves. Although we cannot predict at this stage exactly what the Island’s or the global position will be in four months’ time, there is sufficient uncertainty and therefore making an early decision is the only responsible thing to do.

"We also want to reassure the Island’s residents that their health and well-being remains our number one priority and focus in this ongoing situation and furthermore it isn’t appropriate to potentially place additional demands onto our hard working hospital and medical staff by running the events this year.”

A host of regular TT household names like John McGuinness, Bruce Anstey, Dean Harrison, Lee Johnston and even, potentially, Peter Hickman, were due to be rubbing shoulders with classic motorcycle racing stars over four classes interspersed by the new ‘Festival in a Day’ held at the TT Fan Park and containing a mix of sporting history, music, film and entertainment.

The Isle of Man’s Nobles Hospital has just six intensive care beds and the lockdown on the Irish Sea-based island has included the closure of its borders to non-residents since 23rd March.

Bennetts-sponsored John McGuinness said: “I’m struggling to know what to say. The TT and Classic TT are everything to me; they’re my whole year. But there’s nothing I can do about it and we have to respect the Manx people and health comes first.

“There’s so much I love about going to the Isle of Man. It’s a beautiful little island with the best track in the world and the people – those who live there and those who go there for the races – are amazing. I was so looking forward to loading camper and family up for the Classic TT. Not only for racing, but the people, camaraderie.

“We’ve lost another great event this year. The TT can be a bit like a job sometimes with all the stress; it can feel like you’ve got ten bags of cement on your shoulders at times. But the Classic is totally different nature; the atmosphere is a lot more relaxed and I think the fans get to see if a different side to the riders as well as the mix of machines being by new talent and old buggars, like myself.

“It’s such a shame for everyone involved and I’m sure both the TT and the Classic TT will come back even stronger in 2021. Like everyone else, I’m itching to get back riding when the time is right. But I do worry about a bunch of frustrated racers waiting until something like the North West 200 if it does go ahead in September. I guess we shall see.”

"Bennetts has been the Classic TT’s  title sponsor since the inaugural event in 2013 and this year’s Classic TT Races presented by Bennetts was promising to be our strongest one yet in terms of on and off track entertainment so everyone associated with the event is disappointed that we are having to cancel.  However, Bennetts still intends to provide race fans with some great Classic TT archive footage and features on Bike Social to fill the nostalgic gap this Summer and hopefully we will be back racing on the Mountain Course with Bennetts very soon."

The organisers had this to say about tickets: Following the cancellation of the 2020 Classic TT presented by Bennetts earlier today, we can confirm that all tickets for official experiences will be automatically refunded in full. We are working closely with our ticket partner to process these payments as quickly as possible and appreciate your patience during this time. For any further enquiries, please contact: iomttraces@gov.im 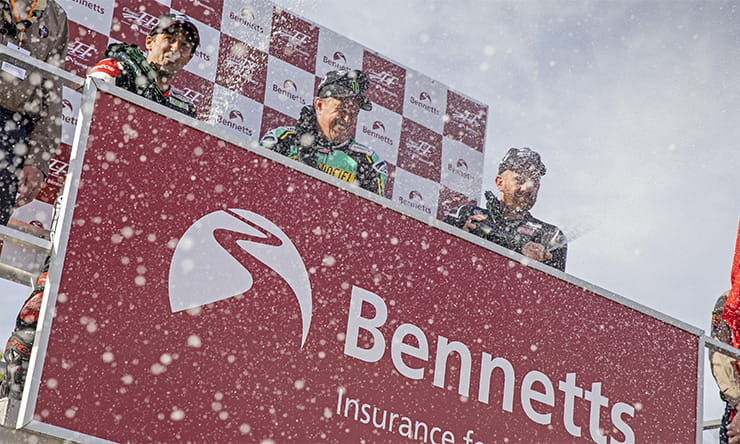