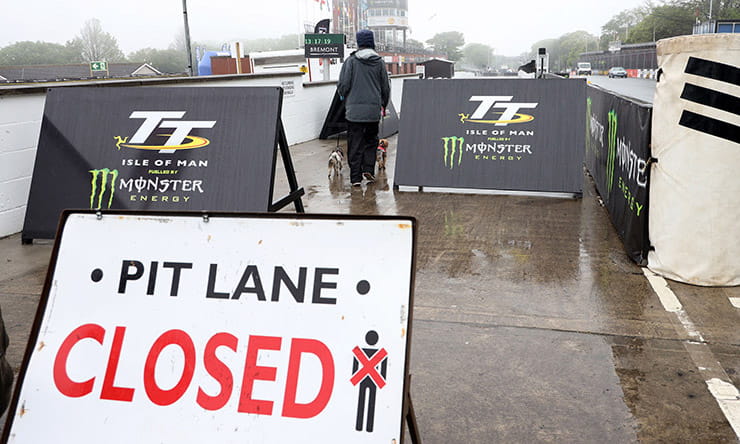 The news that all Isle of Man TT fans were dreading yet were braced to expect has been confirmed. The Manx Government has taken the decision to cancel the event due to take place from Sunday 31st May – Friday 12th June 2020.

The decision has been made considering the global effects of COVID-19, more commonly known as Coronavirus. The constantly evolving situation has caused massive disruption around the world with many major sports having already been impacted including the cancellation or postponement of the first four rounds of the 2020 MotoGP season.

The Manx Government, headed by the Chief Minister Howard Quayle, has announced 14 days’ mandatory self-isolation for travellers arriving on the Isle of Man from tomorrow. All non-essential travel on and off the island is being advised against.

The full statement from the TT organisers reads:

The Council of Ministers has taken the decision to cancel the 2020 Isle of Man TT Races which were due to take place between 30th May and 13th June.

The decision has been taken following confirmation that the Island has stepped up its measures to protect the population against the pandemic.

Laurence Skelly MHK, Minister for Enterprise, commented: ‘The decision to cancel has not been taken lightly and all options including postponement and delaying the decision have been considered in detail. Representatives from the Isle of Man Government will now discuss the implications with all relevant businesses, stakeholders and individuals affected by this cancellation, which it recognises will be significant.

‘With the visitor restriction in place for the foreseeable future we wanted to make the decision now to give businesses, visitors and all involved stakeholders time to manage the impact going forward. The Isle of Man, and the Isle of Man TT, are faced with unique challenges regarding COVID-19 and making this decision will provide certainty to teams, competitors, sponsors and stakeholders of the event and to visitors across the globe.

‘The decision also aims to provide reassurance for our residents and healthcare professionals that the health and well-being of the Isle of Man’s residents is the single biggest priority and focus of this Government.’

The Department for Enterprise will, in due course, issue full refunds for all Official Tickets including Grandstand tickets, Hospitality Packages and other Official Event Experiences purchased through iomttraces.com.

The Department’s Motorsport Team is continuing to work with the Manx Motor Cycle Club for the successful delivery of the 2020 Classic TT Races and Manx Grand Prix which is due to begin on 22nd August 2020 and will continue to review the delivery of the event against prevailing global conditions. 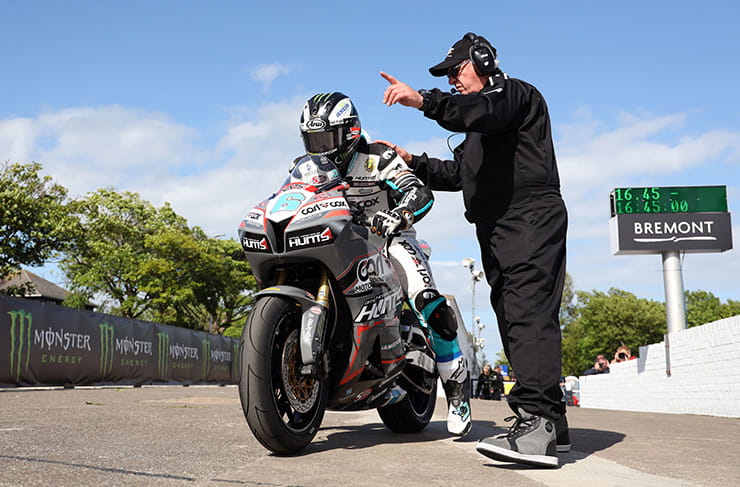 Services such as Nobles Hospital in Douglas are relied upon especially during the TT not only for unfortunate racers but also for members of the public and with around 40,000 TT fans descending onto the Isle of Man, the demands on these services would already be stretched should the Coronavirus impact the residents of the Island.

The downfall of the Island’s main airline carrier, FlyBe, has also added weight behind the decision to cancel the 2020 TT. Following the 2018 TT, The Department of Enterprise survey said 44,367 spectators had attended with a boost to the Manx economy of around £26.8m.

Only last Friday, the Isle of Man mirrored the UK and moved from "containing" coronavirus to "delaying" it allowing the Manx Government to introduce measures such as social distancing, closing schools and limiting public gatherings.

Health Minister David Ashford had said organisers have time on their side with the event a few months away although on Thursday, UK Government advisors said the peak of the outbreak of Covid-19 is likely to be at the end of May.

The Tourist Trophy was cancelled for five years during World War I and for six years for World War II yet only once has the event’s remarkable 113-year history been cancelled because of an outbreak like the Coronavirus, and that was for foot-and-mouth disease in 2001.

Luke Brackenbury, PR & Brand Manager, Bennetts: “As race fans, riders and event sponsor, all of us at Bennetts are as disappointed as everyone that the 2020 Isle of Man TT will not go ahead. Naturally, we respect the decision made by the Isle of Man Government that reducing the impact of the threat of Covid-19 should remain a priority – motorcycle racing is on the pillion seat at this time and rightly so.

“The TT organisers remain positive that the Classic TT presented by Bennetts will still go ahead and we will be doing our best to support them as title sponsor and colleagues within the motorcycle industry. As always we #LoveTT.”

The Department for Enterprise said: “Obviously we are all really disappointed about the cancellation of the TT Races,  but we hope that all TT fans, teams, riders, sponsors, race officials, marshals and businesses directly impacted by this fully understand the reasons behind the decision.

“Our attention is now switching to the Classic TT and the Isle of Man Government team has confirmed to us that, although they will continue to monitor the global pandemic to protect the island’s residents and its critical care services, the event is currently due to run as scheduled from 22nd August and like everyone we look forward to a day when racing can return to the Isle of Man and on the TT Mountain Course.

RIDE ON THE EDGE 2

For all those gamers out there, there is a silver lining because a new and improved official TT game. ‘TT Isle of Man Ride on the Edge 2’ is due to be released on Thursday 19th March, although not until May for Nintendo Switch. The updated game promises a new physics package, more engaging game play and 17 different tracks. Mike Hailwood's 1978 Formula 1 TT-winning Ducati, one of the TT's most iconic bikes, also makes an appearance.