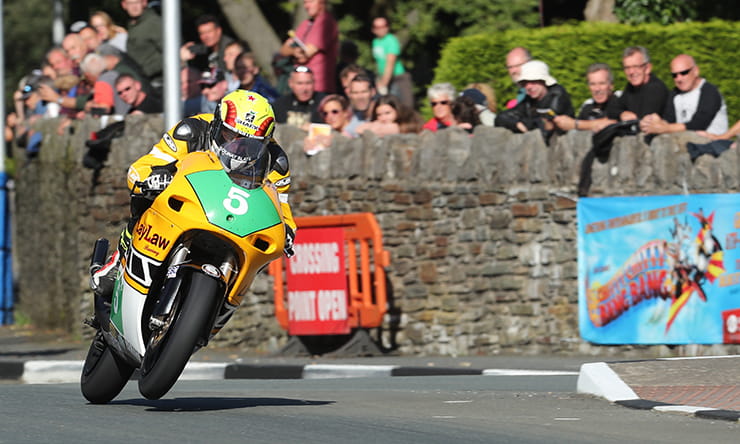 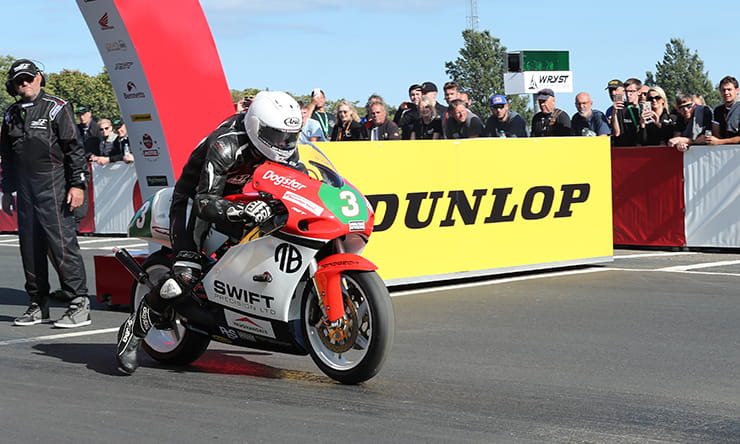 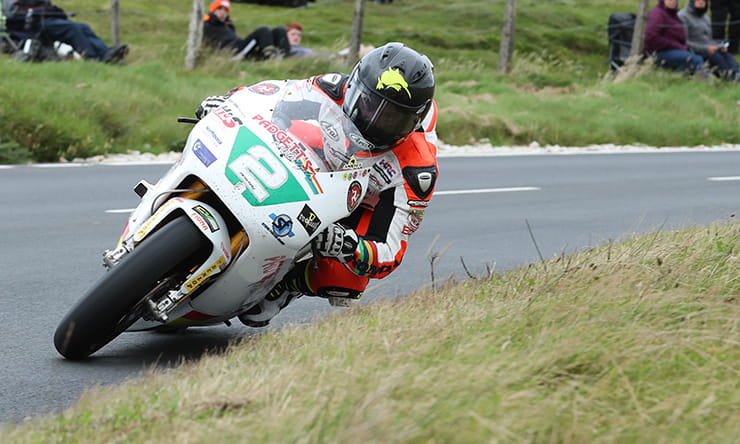 This year’s Dunlop Lightweight Classic TT Race has attracted an entry of almost 60 riders and while the field contains numerous potential race winners, the return of Bruce Anstey to the TT Mountain Course will attract the most attention.

Anstey hasn’t competed on the TT Mountain Course for two years as he has battled serious illness but the Newzealander, winner of the race in both 2016 and 2017, will set off at his familiar number 5, again riding the equally familiar Honda RS250 for the Milenco by Padgetts Motorcycles team.

Anstey set the first 250cc 120mph lap of the 37.73-mile course on his way to victory two years ago with a lap of 120.475mph and that kind of speed may well be required to win again this time around given the quality of riders confirmed to race.

Lee Johnston, winner in 2018, returns with the Binch Racing Yamaha team having ridden the Padgetts Honda twelve months ago. Having already lapped at close to 118mph, he will be looking for a 120mph lap and win number two as he takes his familiar number 13 plate.

Lougher took second place to Anstey in both 2016 and 2017 and, after his third placed finish last year, will be keen to get onto the top step in 2019. Harrison, fourth in his two-stroke debut twelve months ago, will provide a stronger threat this time around while Harvey can never be ruled out, having stood on the Lightweight Classic TT podium in 2016.

Jamie Coward, on a second Binch Racing Yamaha, is another serious contender for the race win in 2019 TT. The TT Privateer’s Trophy winner’s has an outstanding Classic TT record with five podiums to his name, although this will be his first two-stroke outing on the Mountain Course. 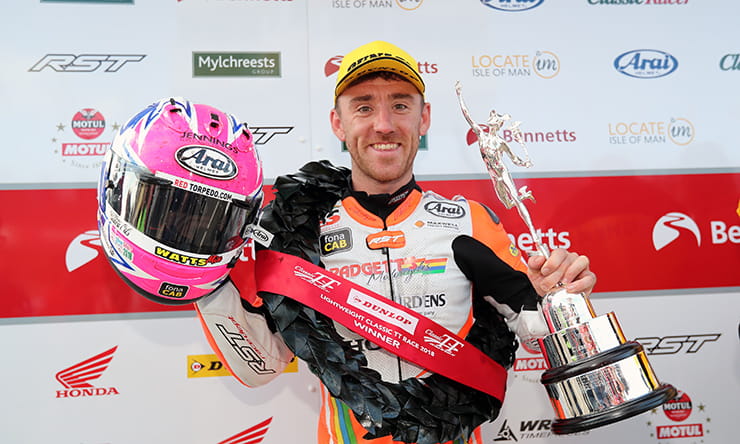 Davey Todd will also be making his two-stroke debut at the event on board a second Milenco by Padgetts Honda. He will lead the field away at number 1 and, given his results this year at all of the International Road Races, is a certain podium contender.

A third Binch Racing Yamaha will be in the hands of former Newcomers Manx Grand Prix winner, Gary Vines, who will be challenging for at least a top five position.

Manxmen Daniel Sayle and Ryan Kneen lead the John Chapman Racing attack on a pair of Honda RS250s and will start ten seconds apart at numbers 10 and 11 respectively. Sayle lapped at almost 118mph two years ago and makes his return after sustaining serious injuries in the corresponding race last year.

Kneen has previously been victorious on a 250 2-stroke at the Classic TT when he won the 2015 Formula 2 Race. He’ll be aiming for a repeat performance while Joey Thompson also joins the team as he returns to the Mountain Course after missing the Isle of Man TT in June.

John Barton is the leading four-stroke entry in the field on the Wemoto.com Ducati 750, with Alex Sinclair (24) and Hefyn Owen (31) also confirmed to ride air-cooled, twin-cylinder machines from the Italian marque.

There are plenty of other talented riders down the field including Barry Lee Evans (21), last year’s Junior Classic TT winner Dominic Herbertson (23) on board a fourth Chapman Racing Honda, and Danish racer Carsten Svendsen (25).

Other four-stroke entries have been received from Andrew Cowie (47), Colin Croft (51) and Karl Fox (53).

So if you’re travelling to the IoM from the UK or beyond, you still need travel insurance to cover medical emergencies. Your bike insurance will (or should…check your policy) cover damage to your bike or a third party, but your medical needs are not fully covered. Find out more here.
Recommended articles