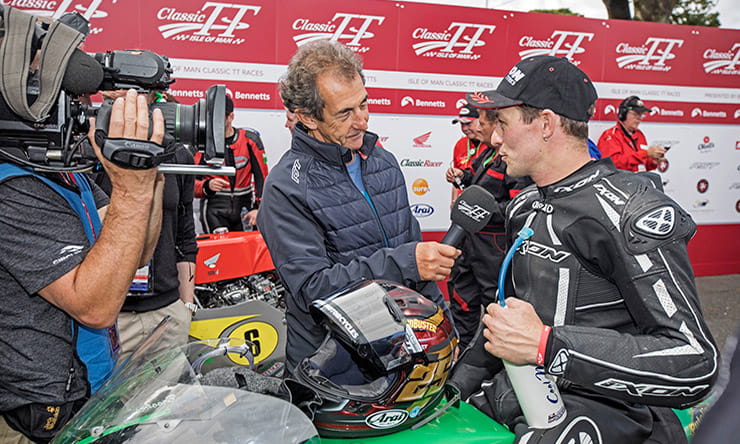 ITV4 will be screening two one-hour long programmes featuring the best of the action from the Classic TT Races presented by Bennetts with many of the leading TT stars including John McGuinness, Michael Dunlop, Conor Cummins, James Hillier, Dean Harrison and Michael Rutter go head to head on historic machinery.

Two programmes broadcast within days of the Festival of Motorcycling’s Isle of Man Classic TT will feature action from the four races that in turn contain magnificent and memorable motorcycling machinery from across five decades. Each will be presented by Amy Williams, Steve Parrish and Steve Plater. 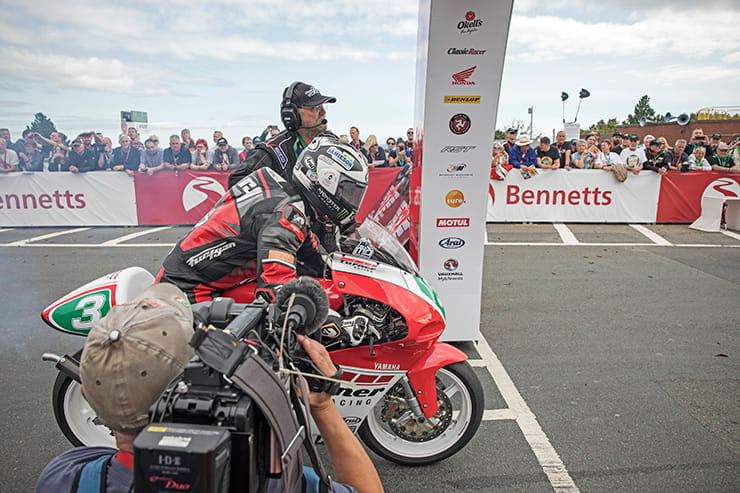 ITV4’s coverage, courtesy of North One Television, will include a look at all of the best off-track activity and entertainment including a look back at the 60 year history of Honda through the iconic Japanese manufacturer’s first bike to tackle the TT course – the RC142 - as well as the VMCC’s Festival of Jurby which features a gathering of over 10,000 motorcycle enthusiasts.

Dick Shepherd’s pop-up display of some of the definitive machines from Triumph, interviews with some of the greatest names in motorcycling past and present including multiple World Superbike Champion Carl Fogarty and one of the greatest TT riders of all time Giacomo Agostini as he returns to the Isle of Man for a parade lap on the MV Agusta marque that is synonymous with his TT and World Championship achievements.

Coverage gets underway for the first qualifying session on Saturday 17th August from 17:00 (GMT) with interviews and analysis from the Manx Radio Team of Tim Glover, Chris Kinley, Chris Palmer and Chris Boyde with Dave Christian at Glen Helen and Roy Moore at Ramsey Hairpin supporting the race commentary with updates from around the Mountain Course.

BikeSocial’s coverage will be focussed across the social media channels (Twitter, Facebook, Instagram) plus a dedicated page on this site will keep you up to date with continuous updates throughout the bank holiday weekend.

Don't forget if you're travelling over to the Classic TT this year, that the Isle of Man isn’t part of the UK or the EU – it’s a self-governing British Crown Dependency with its own parliament, government and laws. This means that you don’t get automatic access to free healthcare through your EHIC card, but UK residents can take advantage of a reciprocal emergency healthcare agreement. However, repatriation is not included as part of this agreement, so the Isle of Man government still strongly recommends adequate insurance is in place.

So if you’re travelling to the IoM from the UK or beyond, you still need travel insurance to cover medical emergencies. Your bike insurance will (or should…check your policy) cover damage to your bike or a third party, but your medical needs are not fully covered. Find out more here.
Recommended articles