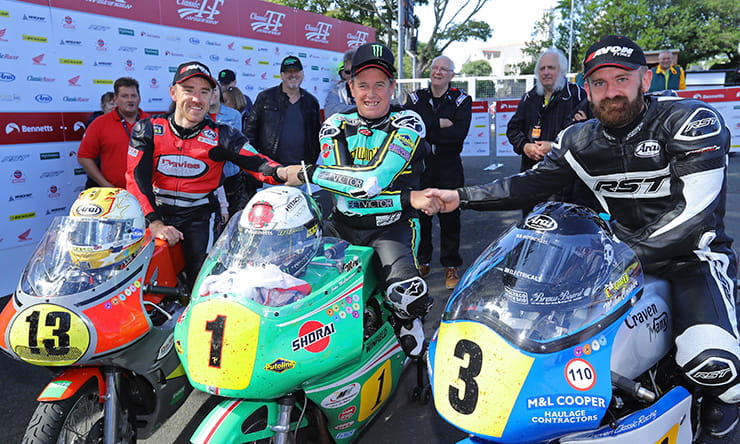 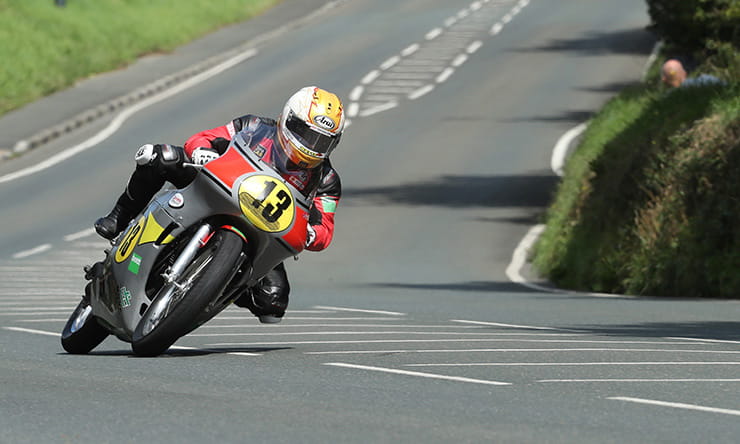 For 112 years the Isle of Man Tourist Trophy has pushed man and machine to its limits. Since then, the 37- and three-quarter mile Mountain course has borne witness to, and indeed shaped, remarkable technological developments in motorcycling.

And of course, throughout those decades the machines have changed beyond all recognition - from the early 1900s machines (basically bicycles with a bolted-on engine) to the computer-monitored superbikes we see today.

The Classic TT pays homage to part of this epic sweep of TT history, focusing primarily on post ‘60s machines. The event celebrates this history through four main race classes: Lightweight, Junior, Senior and Superbike races. Then, towards the end of the celebrations, there’s the Classic TT Parade, also known as the Lap of Honour.

These span decades of motorcycle development, featuring some of the most sought-after and innovative race machinery in motorsport history.

And here at BikeSocial we’ve created a breakdown of the different classes, what they mean and the machinery they feature. Read on, enjoy, and listen/watch…

Since it started in 1911 the Senior has been the TT’s blue ribband event - to win it is the crowning glory for any racer.

And until the onslaught of large-capacity Superbikes in the 1970s, the Senior TT was limited to machines with a 500cc engine. Nowadays, the Senior features machines with double such capacity and infinitely faster lap times. But that needn’t bother us right now, because here at the Classic TT, we’re going back in time…

Much like the pre 1970s Senior class, the Classic TT’s Bennetts Senior will feature machines with a 500cc capacity. This year, the grid features an array of machines, including Ian Lougher’s mount - a stunning MV Agusta replica built by John Chapman. The machine is an immaculate representation of that ridden by Giacomo Agostini, which was nicknamed the ‘Fire Engine’. The there’s Maria Costello’s 1960s GP replica racing Paton, the stunning Honda 500/4 replicas built by Davies Motorsport and three 500cc Manx Nortons. The Nortons, of course, were the unrivalled contenders for the Senior during the 1950s and 1960s - ridden to podium spots by the likes of Geoff Duke and Mike Hailwood.

Riders in the Bennetts Senior include John McGuinness, Ian Lougher, James Hillier, Chris Swallow, Michael Rutter, rising star Davey Todd and Michael Dunlop - whose machine is yet to be confirmed. The Bennetts Classic TT is a must! No excuses. 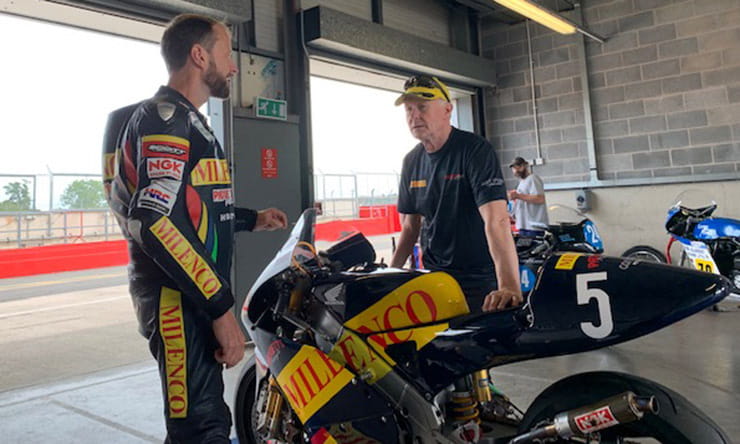 The Lightweight TT has been going since 1922, when it was won by G.S Davison riding a Levis. His average speed during the race was 49.89mph. Technology has evolved somewhat in the interim years but the 250cc limit remained a steadfast rule right up until 2005, when the class was scrapped completely.

This year’s Classic TT Lightweight is the battle of the two strokes, ‘proper racing machines’, as any fan of the lightweight machines would protest. The grid is predominantly comprised of TZ 250cc Yamahas and RS 250cc Hondas (though significantly more Yamahas) and these machines represent the class from the late 1960s to the1990s (the first RS 250 Honda was produced in 1984).

The bulk of the motorcycles on the grid are production machines though there were, of course, proper factory machines as well. However, production machines could be bought over the counter as a race kit by any budding racer. But as race machine production ceased, the likes of RS 250s and TZs became more obsolete and thus very expensive. A crank case for an RS 250 alone can cost more than £3000.

This class will be sensational - in sounds, smells and witnessing the variety of rider experience on track. If there’s an opportunity to test the pure riding ability of some of the up-coming stars of the TT - such as Lee Johnston and Dean Harrison - on machines that are a lot less familiar to them then it’s the Lightweight Classic.

The real treat this year will be the return of Bruce Anstey, who will be riding a Padgetts Milenco 250cc RS Honda. Bruce Anstey is the man with the lap record for this class, set in 2017 on a 250cc Honda, of 120.475mph - his return to the Classic, and the Lightweight class, makes it even more of a must-see. 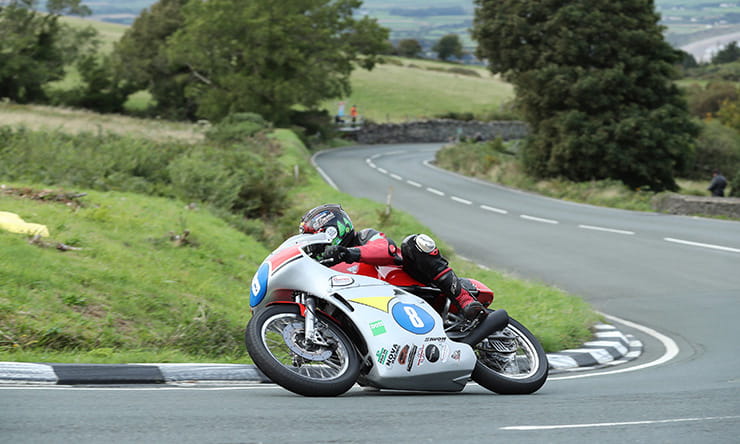 The Junior TT started in 1911. The inaugural Senior was won by Percy J Evans on a ‘Humber’. Since then speeds have rocketed but the engine capacity has always remained around 350cc. This year’s Classic TT Junior features machines such as the 350cc Velocette - ridden by established classic racer Chris Swallow, and 350cc Norton. 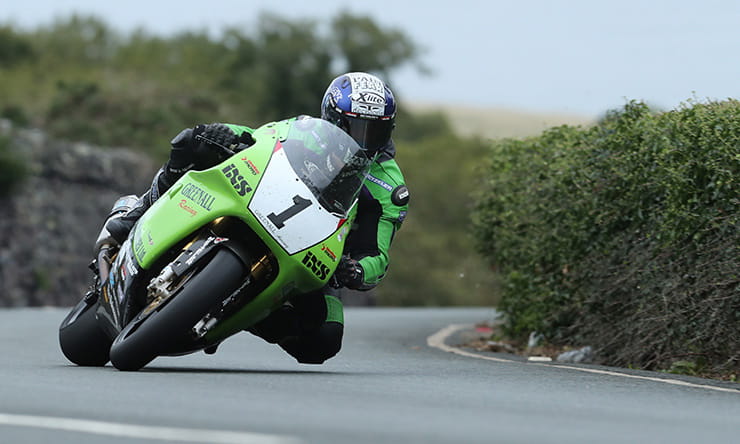 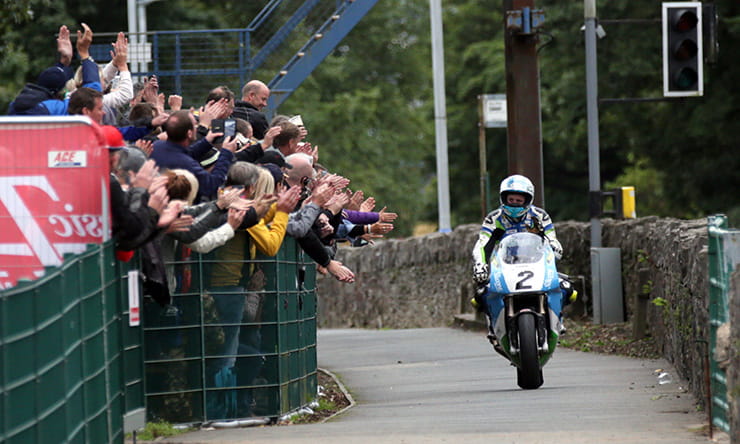 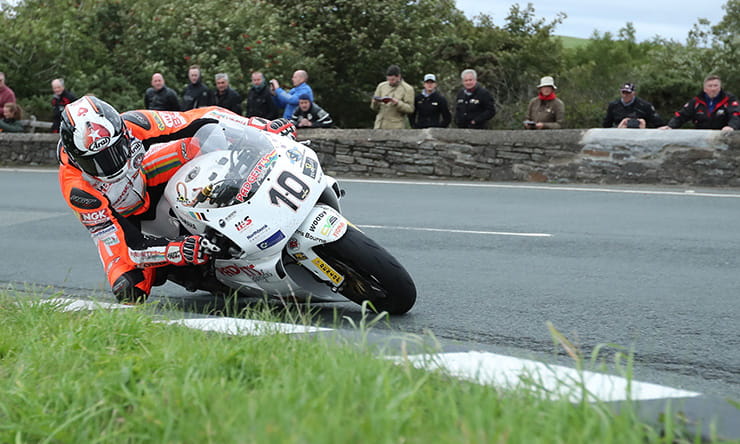 It’s strange to think that some of the machines in this race are barely a decade apart from those in the Senior Classic. But such was the rate of evolution in the motorcycle industry at that time. Gone were the research and development budgets for creating mind-blowing race machines. From the 1970s, bikes had to sell as well. And this ethos has defined racing ever since, with more and more production, road-worthy machines.

Dean Harrison is the star of this show, having dominated the class for the past few years. He’s on the same Silicone Engineering ZXR 750 Kawasaki this year - so let’s see if he finishes on the top step once again, or whether Michael Dunlop - on the 11000cc Suzuki - edges him off. 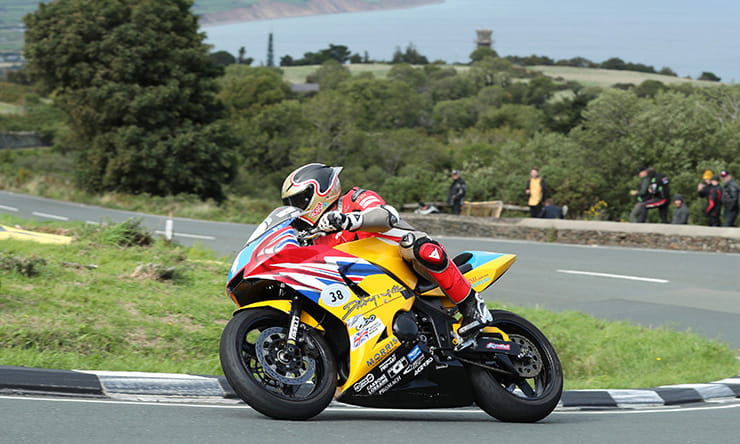 The Parade lap attracts an interesting medley of production machines, vintage racers, exotic factory bikes alongside number of less significant - though still classic - machines towards the back of the grid.

This year, Giacomo Agostini will lead on his beloved MV Agusta - the marque which defined the Italian’s illustrious career in the 1960s. Agostini will be followed by Carl Fogarty on a 998 Ducati, then John McGuinness on a NSR 500. This trio is followed by a trail of former riders and pukka machines such as an RG 500 (with Mick Grant in the saddle), Phil McCallen on an RC45, Dave Roper on a Surtees 7R Special and Trevor Nation on a Honda RC30.

The Parade Lap is a real spectacle - more so than any other event at the Classic TT. But if it’s proper gritty racing you’re after, the Lightweight, Senior, Junior and Classic TT are the ones to watch. These boys might be on old machines but the racing is just as competitive as it is in a modern race.

You might even spot BikeSocial’s own Web Editor, Michael Mann on a 1996 CBR900RR from the Honda Heritage collection as the Japanese manufacturer celebrates 60 years of racing on the Isle of Man.

BikeSocial’s coverage will be focussed across the social media channels (Twitter, Facebook, Instagram) plus a dedicated page on this site will keep you up to date with continuous updates throughout the bank holiday weekend.