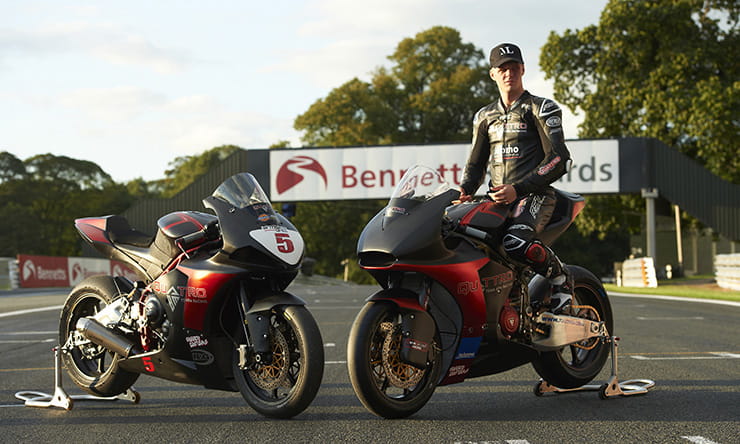 Enjoying a successful season in the British GP2 Championship with Mason Law, where they have scored two victories and eight podiums, ABM are already looking to the future with their all-new Moto2 inspired project. Powered by the new Triumph 765cc three-cylinder engine, ABM’s new machine is the first Moto2 style machine outside of the Grand Prix paddock to feature the powerhouse and is packed with a host of cutting-edge technology.

The new race bike sets a number of firsts in the British paddock, including full carbon and ceramic front forks and a carbon and Teflon rear sprocket.

ABM owner Tony Scott added “This is a unique machine and follows our long-standing desire for a prototype GP2 class in UK racing - something that we spearheaded back in 2017 with our development bike ridden by Alastair Seeley. We’ve continued that this season with Mason Law and as this class has grown and developed, we’ve developed our plan to sell competitive, cost-effective machines to the privateer GP2 paddock. This project also helps showcase the ABM brand and I’m grateful to the BSB organisers for giving the machine time and consideration and allowing us to pitch it against the existing GP2 machines.”

The first round of the 2019 Bennetts British Superbike Championship Showdown takes place at Assen on September 20/21/22. For more information and to book visit www.bsbassen.com