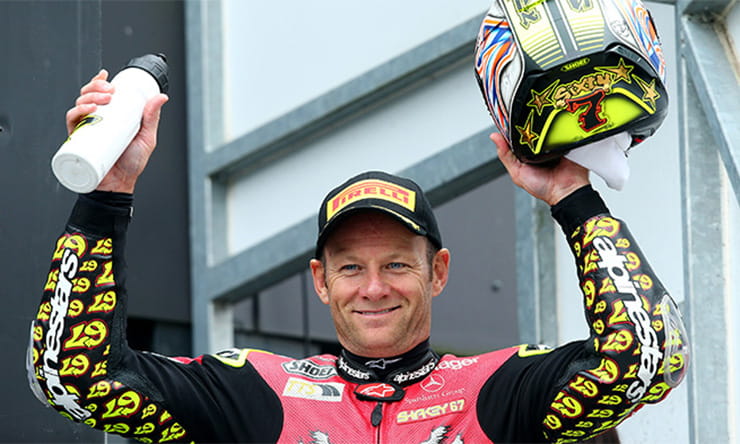 The 2018 Bennetts British Superbike Championship gets underway at Donington Park from 31st March – 2nd April for round one as Shane ‘Shakey’ Byrne looks to add to his six titles, back on board his Be Wiser Ducati for the third consecutive season as he looks to add to his back-to-back titles in 2016 and 2017 both of which came down to the final round.

He lines up once again alongside Ulsterman Glenn Irwin while Bradley Ray and Richard Cooper are confirmed at Buildbase Suzuki. In a seat swap, Josh Brookes and James Ellison trade teams but are both still racing Yamaha’s. Honda Racing’s duo of Dan Linfoot and Jason O’Halloran remain unchanged as do the JG Speedit Kawasaki’s of Leon Haslam and Luke Mossey. At Tyco BMW Michael Laverty returns after a season at McAms Yamaha while Christian Iddon changes his number from 24 to 21.

28 riders are confirmed for the 2018 Bennetts BSB season: