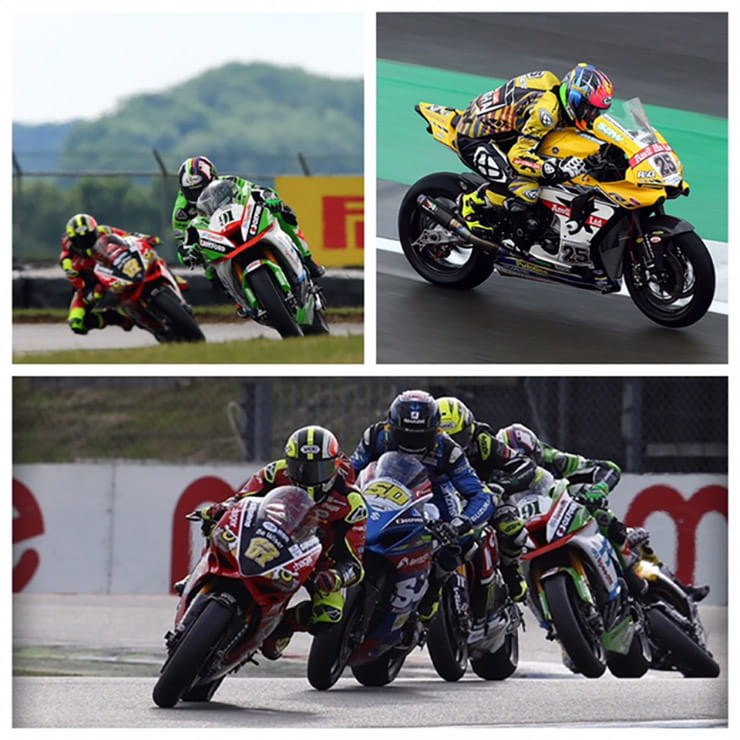 As we stare down the barrel of the Brands Hatch showdown where the 2017 British Superbike season goes down to the wire with one from JG Speedfit Kawasaki’s Leon Haslam, Anvil Hire TAG Yamaha’s Josh Brookes or Be Wiser Ducati’s Shane Byrne as the realistic champion.

Mathematically, RAF Regular and Reserves Kawasaki-mounted Jake Dixon and the Smiths Racing BMW of Peter Hickman still have a chance but they both head into the final round and its three races with long odds.

Reflecting on 2017, BSB Series Director, Stuart Higgs told us, “It’s been a fantastic season; the level of competitiveness is better than it’s ever been. There’s been ten different winners and every representative manufacturer has won races, 16 out of 25 permanent riders has occupied the podium. That’s unprecedented. So, it’s in a very good space at the moment, the spectacle and entertainment of it.”

The 2018 season is virtually guaranteed to be a cracker and here is the official race calendar to whet your appetite:

Snetterton and Knockhill swap places meaning that a trip to Norfolk is first up after the mid-season six-week break for the North West 200 and Isle of Man TT. There’s also an extra week between the two rounds, while the first of the two Oulton Park visits, at the beginning of May, is knocked back a week to coincide with the early May Bank Holiday.

Higgs continued, “This is a page-turning moment in terms of the championship with its cast. All of a sudden, Brad Ray is now comfortably running top-six pace – he’d never sat on a superbike before this season. Jake Dixon as a 21-year old, up until Assen, was carrying a huge amount of momentum and with a dose of luck could have closer to being a championship-winning contender.

“Mossey’s been strong and won multiple races and there’s a reasonably strong rumour that Tarran Mackenzie’s going to debut in the class next year. So, even though it’s always been ‘oh, it’s a class for old men’ but you always need the benchmarks like the Byrne’s and the Haslam’s but the new order is coming and every weekend there’s a new story your attention is captivated by the story. One weekend someone’s up and the next they’re down. We’ll look back on this period as a golden era.”