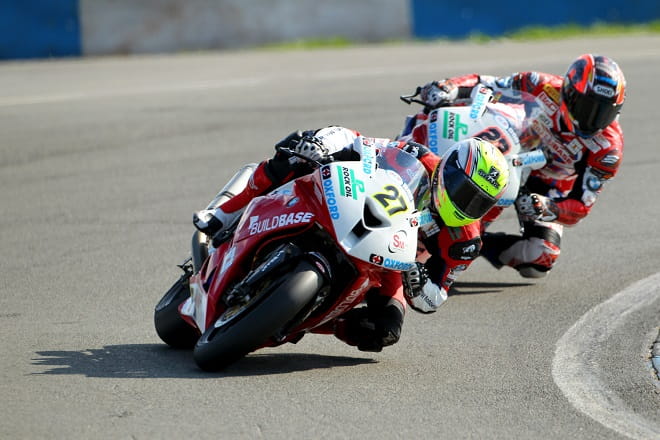 We don't get much for free as motorcyclists - the wind in our hair, the feeling of freedom, the jealousy of car drivers as we overtake them, maybe?

But what about free spectator access to the final test of the British Superbike Championship at Donington Park next week? Game on, we say.

The action kicks off on Wednesday March 26 with on-track action starting at 9.05am, and yes, it's free to get in. If you've been missing the smell of race fuel, and the sound of screaming engines at 13,000rpm then get along. We'll be there.

All classes from the top-flight BSB Championship and its full grid of superbike heroes, to the KTM British Junior Cup, Ducati TriOptions Cup and every class in between will be represented.

It’s your first chance to see all the top riders in the UK in one place this year before the first race weekend at Donington Park over Easter weekend (April 4-6). With 39 riders making it the biggest grid ever in BSB, it's set to be a belter.

Donington Park Managing Director Christopher Tate said: “We are delighted to again be holding this very important date for Britain’s leading national motorcycle championship. They have proved very popular with fans in the past and with free entry, we hope to see a healthy turn out here at Donington next week.”

For information on tickets to events at Donington Park in 2015, visit www.donington-park.co.uk.