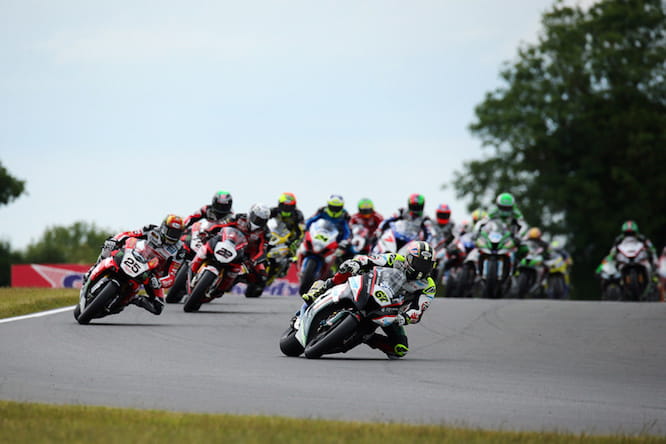 The fifth round of the 2015 British Superbike Championship gets underway this weekend at the first of just two rounds held outside England.

The circus has made the trek up to Knockhill with Shane Byrne leading the championship after a dominant double victory last time out at Snetterton.

Despite most of the UK basking in record temperatures this week, the weather forecast doesn't look to be so kind for the weekend's racing with rain forecast on all three days. While this may mean some soggy fans, it could certainly spice things up.

A strong performance in iffy conditions during qualifying seemed to boost Honda's Jason O'Halloran's confidence as he cruised to a double podium in Norfolk, while Josh Brookes is becoming increasingly frustated as he searches for his first victory on the 2015 Yamaha R1.

TV action gets underway with the first Motul Motostar Race on Saturday at 15:35. Full schedule below: