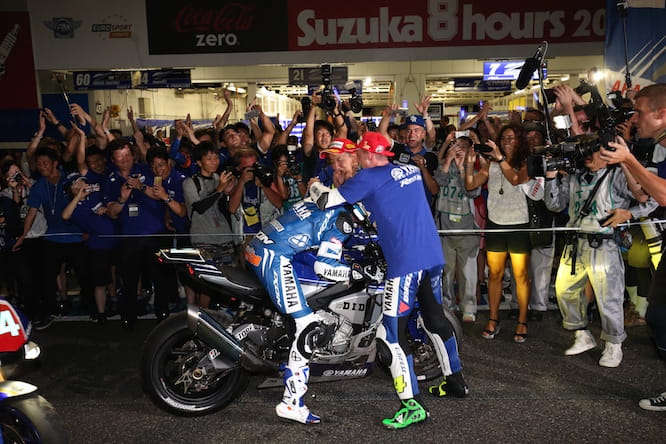 Yamaha made history today by storming to their first Suzuka 8 Hour victory in almost 20 years.

The Japanese marque went big for this year’s race with the all-new 2015 YZF-R1, drafting in MotoGP stars Bradley Smith and Pol Espargaro to race alongside Suzuka-specialist Katsuyuki Nakasuga.

The trio were rapid all weekend, qualifying second ahead of superpole when youngster Espargaro, who had no experience of the Suzuka circuit or Yamaha’s R1 prior to testing, bagged pole position with the event’s fastest ever lap.

It didn’t all go smoothly for the factory outfit with Nakasuga struggling off the start. It was Britain’s Alex Lowes who took the initial lead on the Yoshimura Suzuki GSX-R1000. 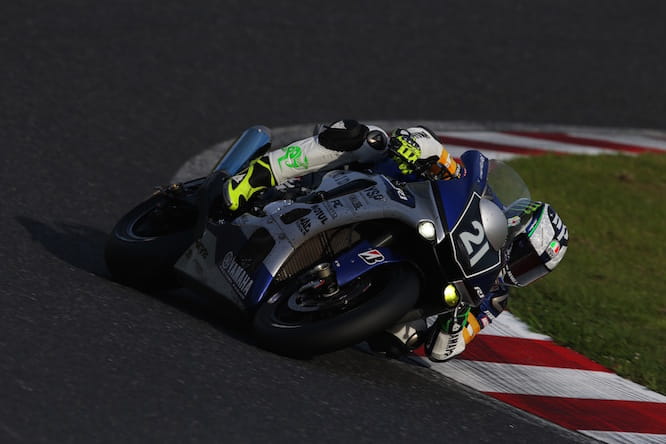 Reigning champions MuSASHI HARC-Pro Honda were also in the mix when twice MotoGP champion Casey Stoner took the hotseat at the first round of pit stops. However, the Aussie’s return to competitive racing didn’t last long as mechanical problems saw him crash out heavily, breaking his leg and shoulder blade.

Yamaha shrugged off a mid-race 30 sec stop and go penalty to take the win by over a minute from FCC-TSR Honda’s Dominque Aegerter, Josh Hook and Kyle Smith.

It's the first time Yamaha have won the prestigious endurance race since Noriyuki Haga and Colin Edwards took victory for the Iwata factory in 1996.