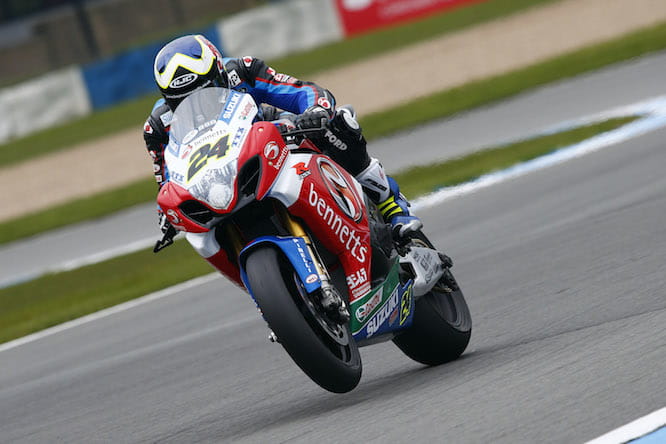 The British Superbike championship gets underway at Donington Park this weekend and the field is well and truly open ahead of the 12 round season. Kiyonari led the opening practice sessions from nemsis Shane 'Shakey' Byrne but a number of series newbies continue to impress, including Be Wiser Kawasaki's Danny Buchan and Bennetts Suzuki rider Christian Iddon.

On Sunday, coverage gets underway at 15:30 with coverage of the first race for HEL British Motostar youngsters ahead of the big boys heading out for qualifying at 16:05. The day's coverage is topped off with the Motorpoint British Supersport championship sprint race.

Monday's coverage gets started at 12:30 with the live Pirelli National Superstock 1000 championship, ahead of the first British Superbike feature race of the day. Eurosport will then show the days remaining six races, including the second Supersport race and the KTM Junior Cup.