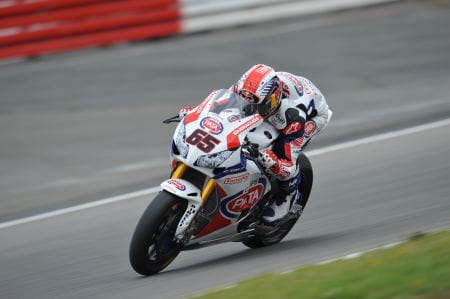 Jonathan Rea is a rider who has seemed to lack a decent amount of luck during his World Superbike career, much like his team mate Leon Haslam.

Rea is a proven race winner with eleven victories to his name, but he’s never quite been able to mount a decent title challenge, whether through injury or the fact that the Honda CBR1000RR Fireblade simply hasn’t been fast enough on the right day.

Despite numerous offers to move elsewhere over the years, Rea has remained loyal to Honda in the hope they’d reward him with a MotoGP ride. The closest the Northern Irishman came to that was when he was given the chance to replace Casey Stoner for two races in the 2012 season, where he showed his worth by getting to grips quickly with the bike and taking two top ten finishes on the RC213V.

Rea has won races in each season he’s raced in World Superbikes making fourth place his best championship finish in 2010, although he’s finished fifth in the championship twice.

2013 was his joint worst season, finishing ninth place after missing a large part of the season through injury, just as he did in 2011.

There's no doubt that Rea possesses the right amount of raw natural talent tro be a title contender. But as the years pass with the Honda seeing barely any upgrades, the gap to the front has got bigger and bigger, no matter how hard he rides it.

Rea’s already shown he can ride the wheels off the Fireblade, but there’s only so far a rider can ride a bike above its potential.

Rea has all the makings of a championship contender on the right package. If the new engine rules do what they say they should and reduce the gap to the horsepower crazy Kawasaki and Aprilia Rea still has a chance, but it remains to be seen at this stage.

He’ll no doubt continue his pattern of winning at least a race every season but there needs to be some significant improvements with the Fireblade to see him challenge for the championship.

Yesterday, we took a look at Leon Haslam's chances, you can view our thoughts here.

How do you think Jonathan will get on?  or