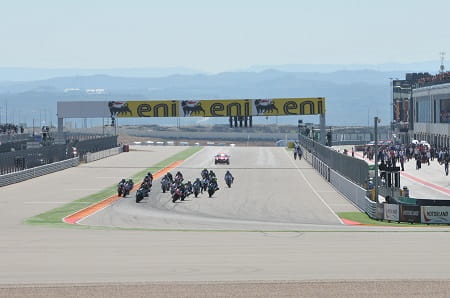 The World Superbike Championship returns this weekend after a seven week hiatus following the first round at Phillip Island at the end of February. Once again the Motorland Aragon circuit in Spain is host to the second round, which sees the season get into full swing.

Coming to Aragon on a high once again is championship leader Sylvain Guintoli, after taking victory and a second place in Australia. The Frenchman secured a pair of podium finishes at the event last year to consolidate his championship lead and will be hoping for more of the same.

It wasn’t a weekend to shout about for last year’s eventual title fighters, Eugene Laverty didn’t score in either race after suffering a technical issue in race one and crashing out of the second while Tom Sykes, who went on to become World Champion at the end of last season, also suffered a technical issue in the first race. 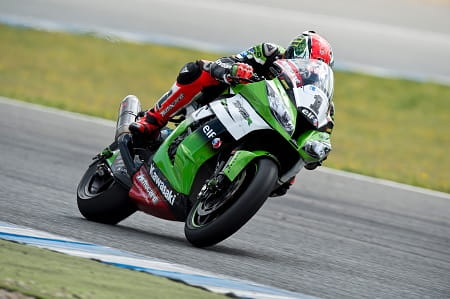 While Sykes may have retired from the first race, it was a retirement from the lead so ruling out the World Champion could be a bad move. The Yorkshireman’s form came from Assen onwards last year, but after his strongest ever Phillip Island results at round one the champion is looking a force to be reckoned with.

Laverty had a bittersweet weekend at Phillip Island, bagging victory in the first race but retiring from the second. The Irishman will be looking to come back strong on the Voltcom Crescent Suzuki in order to maintain his championship charge. Team mate to Laverty, Alex Lowes will be looking to kick-start his season after a tough weekend with a broken foot in Australia. In better shape after the long break, Lowes is determined to make his mark on the world stage.

Double victor in last year’s clash was Welshman, Chaz Davies aboard the BMW S 1000 RR. With BMW no longer present in an official capacity, Davies shifted to the Ducati Superbike Team for the 2014 season. Ducati is yet to take victory with the 1199 Panigale after their first win-less season in World Superbikes last season, however with Giugliano challenging for the podium at Phillip Island the bike’s fortunes could well be on the up. A repeat of last year would be a huge ask for Davies but after a positive test in Jerez last week, a strong result isn’t impossible for the twenty-seven year old. 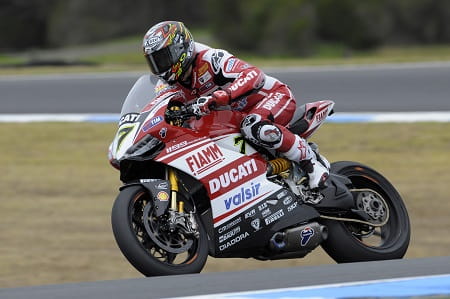 Currently sitting second in the championship, Loris Baz will be keen to continue his rapid pace from the second race in Australia. Aragon saw some decent results for the Frenchman in 2013 and he knows all too well that this year is make or break for him in the Kawasaki Racing Team.

Having just spent one round away chasing the MotoGP dream, Leon Camier returns to the paddock this weekend with BMW Motorrad Italia in place of the injured Sylvain Barrier. The lanky Brit will compete in the EVO category against names like David Salom and Niccolo Canepa.

If Phillip Island is anything to go by, the racing should be electric and with good-weather almost guaranteed it’s not one to be missed.