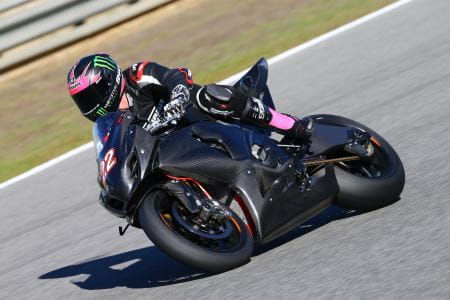 British Superbike Champion, Alex Lowes made a strong start to his World Superbike career this weekend by topping the timesheets at the unofficial test in Portimao. After a shakedown test in Almeria with Kawasaki, Lowes’ new Suzuki team joined a host of other teams at the Portuguese circuit, which had been plagued by bad weather during the first two days of their test.

Suzuki fared well against the other teams present, including Ducati’s new factory set-up, the factory Aprilia team and ten Kate Honda, with their riders topping the timesheets on both days. On day one, 2013 World Superbike runner-up, Eugene Laverty topped the timesheets, setting a 1’43.4 on his GSX-R1000 but it was younger team mate who set the overall pace on day two, posting a 1’42.5 despite having never ridden at the circuit before. Improving his time to 1’42.6, Laverty finished the test in second place.

“The test has been really good, I'm still learning a lot about the bike and obviously it’s a new track for me, so it was nice to have the opportunity to learn the track and still be quick” explained Lowes.

“We did a long run today and while the times were good, the most important thing was that it gave me a lot of confidence. We got a lot of information about the bike and it was good for me as well, as I've not done a race simulation since the last round of BSB. I still need to improve myself a lot and work on the bike but we shouldn't be too far away.” 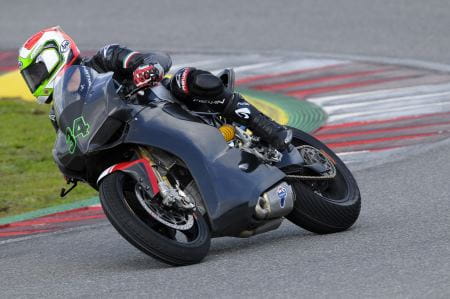 Giugliano set the fourth fastest time on the Panigale.

PATA Honda’s Jonathan Rea set the third fastest time, some three tenths behind the Suzuki pair while Ducati’s Davide Giugliano was fourth, half a second back on fastest man Lowes. A 1’43’1 saw Marco Melandri set the fifth fastest time from Chaz Davies in sixth. Leon Haslam rounded out the top Superbike times a second behind the leader.

Sylvain Barrier was the fastest EVO Superbike, just half a second from Haslam’s time. Claudio Corti took ninth spot on his MV Agusta Superbike with EVO rider Jeremy Guarnoni rounding out the field, over a second behind EVO leader Barrier.

Notably absent from the Portimao test was 2013 Champion, Tom Sykes and his team mate Loris Baz. Their factory Kawasaki team opted to only test for the two days at Almeria, with Sykes setting a 1’34.00 on race tyres with Baz just half a second behind. Cresent Suzuki’s Lowes was just seven tenths behind Sykes before the team moved to Portimao. 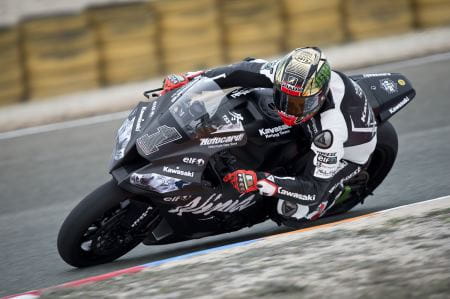 Kawasaki skipped the Portimao test but Sykes was on the pace in Almeria.

“The test went well and the schedule of work we had to get through was completed. We have evaluated everything and it has all been positive.” Sykes commented.

“We were able to make some good lap times and evaluate a few things so we are one step closer in our preparations for Phillip Island. We understand things a bit more clearly and now I am looking forward to the next test at Jerez.”

The first official test of the 2014 World Superbike season will take place on 17-18 February at Phillip Island, ahead of the first round of the season the following weekend.