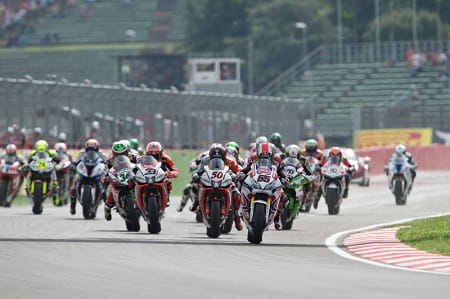 There’s no doubt about it, the Superbike World Championship has got itself into a right state. Fewer and fewer people are turning up to watch it and television figures have also dwindled, especially in the UK. It’s even got to the point where many riders, who would have previously jumped at the opportunity for a ride on the world level, opting to continue racing in domestic championships such as British Superbikes. Why race in a series nobody is watching?

The whys and wherefores are up for debate; it could be that Dorna have taken the series over and not given it as much attention as they should but equally it could also be that the downward spiral had already begun when previous series owners Infront opted to sell.

Can World Superbike learn from British Superbikes? We think so. The British series isn’t faultless but does so many things well in terms of getting people through the gates. 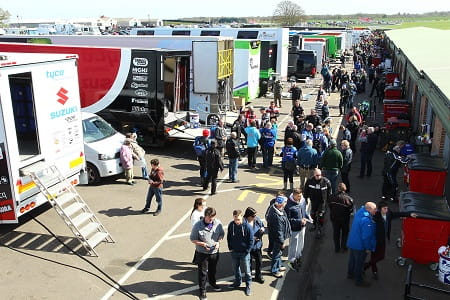 Firstly, the British Superbike Championship operates a popular open paddock policy. Your admission ticket (which at around £30 is already a steal) gets you access to all areas it is safe for a spectator to be in (bar hospitality, of course).

You can get access to the World Superbike Paddock but you have to pay for the privilege, an extra pass that on race day will set you back another £20 or so on top of an already expensive admission ticket (General Admission at Donington this year was £50 for race day).

An open paddock allows fans to feel much more connected with a series, they can get a better sense of what’s going on and what’s more, they feel welcome brushing shoulders with their racing heroes.

Some series need a restricted or closed paddock, if you’ve ever seen pictures of the scenes outside the Yamaha race truck or Valentino Rossi’s motorhome you’ll understand why – the levels of fans would be unmanageable. There are no superstar riders in World Superbikes to draw unmanageable crowds behind the garages, maybe fifteen years ago but certainly not today. 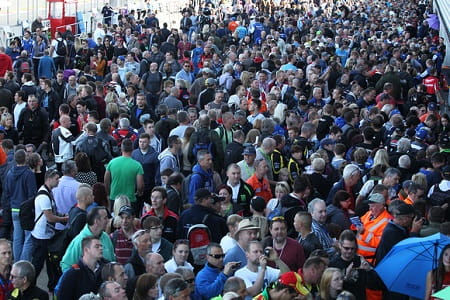 The British Superbike Championship usually has two pit walks, one on Saturday and one on Sunday, both free of charge with access granted on a first come first served basis. You know when it’s pit walk time in the British Superbike paddock as there’ll be a lengthy snake of hundreds of people queuing to get in to take a peek inside the garages and get their hands on autographed posters of the racing stars.

World Superbikes also have pit walks on both Saturday and Sunday but yep, you guessed it – it’ll set you back another £15-20. If the series was to have an open paddock, maybe they could get away with a pit walk fee, but currently riders don’t even have to attend the Sunday pit walk so how on earth can they justify charging people to walk down pit lane for a quick look in a few garages? British Superbike teams are contracted to ensure their riders are present and signing for both pit walks and riders participate gladly (most of the time anyway). In a wet, blustery pit walk on Saturday at Donington this year just one Superbike rider turned up. How is this going to encourage more fans through the gate? 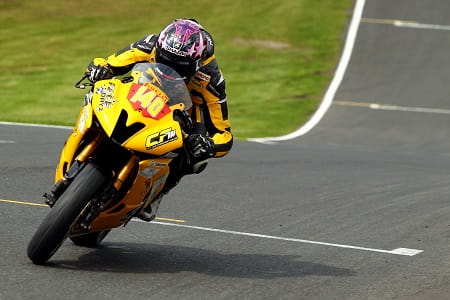 With the European Superstock Championships only participating in certain European rounds of the World Championship, it’s often that race programmes will be relatively sparse. If you’re paying £50 for a race day ticket and there are just four races with three huge gaps in between them, is that really value for money? A British Superbike race programme often features eight, nine possibly more races – there is always something to see. Even if you have to add support races on Saturday to fit the schedule, it makes it a better overall experience for fans. Inviting local series to race along World Superbikes could help, they already include one race for the National Superstock championship at Donington. 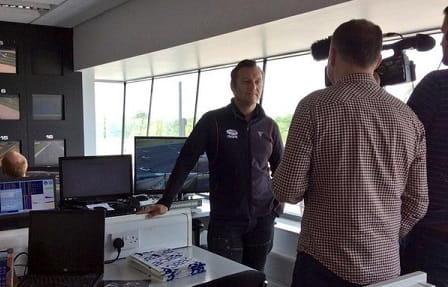 Did you see an advert for Donington World Superbikes anywhere? Hear or see one on local radio/TV? No, we didn’t either. The British series advertise their events on Eurosport and almost always have local media present at least on the Thursday for a preview piece that evening. How can you get people through the gate if they don’t even know the event is happening? Some responsibility for this falls down to circuit promoters but when the general promotion of the series is as poor as it is, why bother? 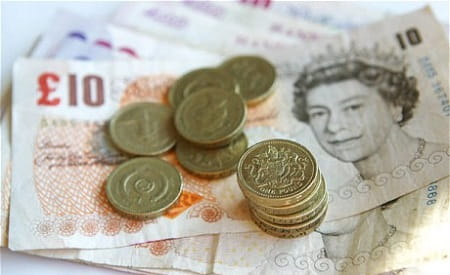 We’ve already touched on pricing and if you didn’t get the hint, it’s bloody extortionate. The World Superbike Championship needs to climb off its high horse; it is no longer the champion it once was. If you can go watch British Superbikes at the same circuit for £30, why would you pay £50 to see what has become a poorer quality of racing in the World Championship? Reduce the fee charged to a circuit to host a round of the championship, bring ticket prices down to a similar level to British Superbikes and you might see more than 15,000 through the gate… it’s not hard! 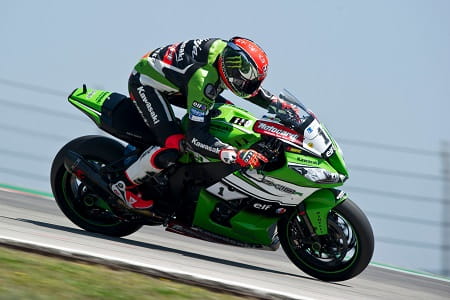 Why is the racing so poor? Because two factories are dominating the series after spending millions of euros developing near-MotoGP specification machines and the smaller outfits just cannot keep up. The 2015 regulations do go some way towards rectifying the situation but it’s not enough, pandering to Aprilia and Kawasaki has meant the rules are a half-arsed attempt at doing something to liven up the championship.

The British Superbike Championship took a huge step in 2011 to move towards what they named the “EVO regulations”, including a spec-ECU and a move to ban electronic aids such as traction control and anti-wheelie. Now, the British Superbike Championship has some of the closest racing we’ve ever seen – with a three way battle for the title even before taking into account their unusual ‘showdown’ format. It was thought World Superbikes would adopt a similar rule set but unfortunately, with Kawasaki and Aprilia pushing to use their own software it was never going to be despite even MotoGP set to move towards a spec-ECU from 2016.

The World Superbike Championship is not dead yet, but it isn’t far from it. The one thing it’s got going for it is the volume of talented motorcycle racers competing within it on some of the world’s most iconic motor racing venues. The changes suggested here are nowhere near the boldest we’ve seen, in fact – they’re quite simple. What do you think?

Are you a World Superbike fan?  or