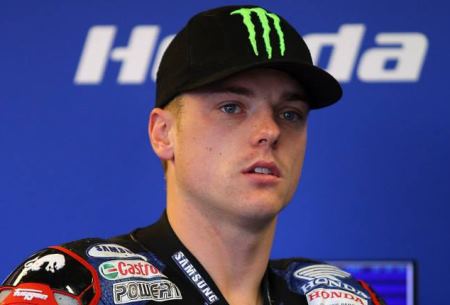 It has finally been confirmed that Alex Lowes will make the switch to World Superbikes in 2014 with Voltcom Crescent Suzuki.

Lowes, who impressed in 2013 by pipping long-timer Shane Byrne to the British Superbike title, has already had a taste of the GSX-R1000 he’ll campaign in 2014 at the pre-Christmas winter tests at Jerez.

Despite it being widely known Lowes had penned a deal with the Suzuki outfit, the squad were unable to announce the move until now due to Lowes’ previous contractual obligations. Unofficial times from Jerez show Lowes to be well on the pace.

Lowes completes what has to be one of the strongest World Superbike line-ups for 2014, as he joins 2013 runner-up Eugene Laverty.

“This is just mega for me! I am coming to the Voltcom Crescent Suzuki team off a great year and making a step up to the World Championship, it’s just a fantastic opportunity and I can’t wait to get started properly” said Lowes.

“I did a couple of shake-down tests to get to know my crew and the bike and I want to thank Honda for letting me do that, as it gave me an early insight into what WSB is like. The GSX-R felt great straight away, I think I will enjoy racing this bike a lot. I am really looking forward to the new season and I will try to learn as much as I can from Eugene and then try to beat him! I know this will be a learning year for me, but I am eagerly anticipating it. I also want to say thanks to Suzuki and Paul for giving me this opportunity, now it’s time to repay their trust.”