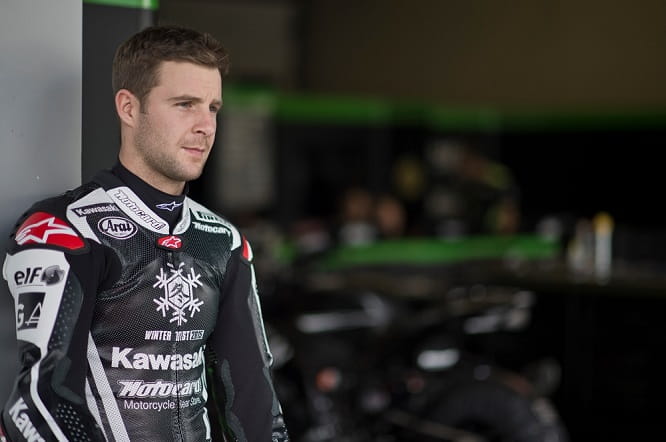 World Superbike star Jonathan Rea has been topping the headlines this off-season after it was confirmed that he’d be ending a long-standing relationship with Honda in favour of a Kawasaki switch for 2015.

Rea, who has spent almost his entire career riding for Honda, joins compatriot Tom Sykes at Kawasaki after concluding his eighth consecutive season with ten Kate Honda in the world championship.

Just a few weeks ago in Aragon, the Briton got his first taste of Kawasaki’s ZX-10R before moving onto the first pre-season test in Jerez, where he set the second fastest time behind Suzuki’s Alex Lowes.

“It was really exciting, especially my first laps on the bike,” said Rea talking to Bike Social. “It’s feels like a completely different bike but it’s hard to explain why. It felt very user friendly straightaway and I was able to find a good level quite soon but it was also quite clear from the first few laps that it has been developed for its current rider.

“Over the winter and next few tests we will be working quite hard to find the feeling that I’m looking for. I have to change my riding style a little, right now the bike is asking me to ride it in more of a ‘stop-start’ style, the way my team mate rides, but I think I can bring a little bit more as well.

“Right now it does feel easier to ride; it feels more stable. It’s hard to compare at the moment as I don’t think I’ve reached the limit on the Kawasaki yet. To compare what’s easy and what’s hard you need to be riding at 100% and we’re not quite there yet with this bike.” 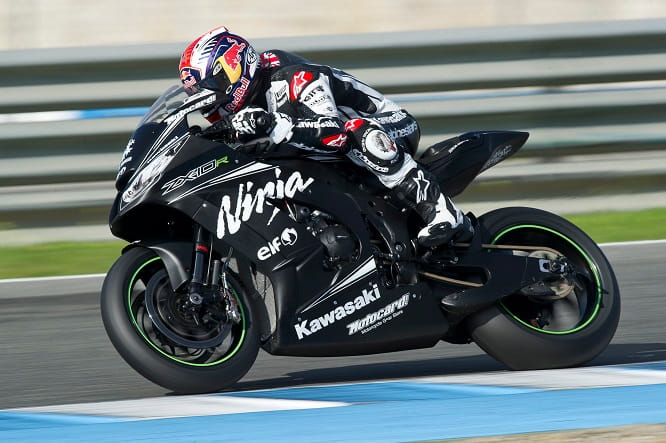 2014 marked Rea’s most successful year ever in World Superbikes, finishing third overall in the championship standings after taking four race victories and a further five podiums. We asked him why he’d chosen this point to switch teams.

“I feel like this year everything went as well as it could have done,” he explained. “I crashed out of the lead at Magny Cours, that was the biggest blooper this season and it was my mistake.

“I really want to be World Champion. The most comfortable thing for me to do would have been to stay at Honda because it’s a team that over the seasons has built everything to be geared towards me doing the best I can. However, even though the rules are changing, with no fresh input from a technical side such as a new model or any big changes it would be silly of me to expect to be able to ride harder or for things to be even better than we’ve already achieved.

“If I wanted to achieve my goals I knew that I had to make a change and I was really lucky that Kawasaki started speaking to my management quite early so I always knew there was a good possibility there.

“To at least have a chance of winning the championship you need to be on the most competitive package possible. Right now I feel like I’m ready to make a championship assault and I knew I’d need the package to do that. You only have to look at the black and white over the last few seasons to see that the KRT team has been one of the strongest so it was an easy decision to make.

Before the Kawasaki deal came to light, the 27-year-old had been linked to a number of rides in MotoGP. In 2012, Rea replaced Casey Stoner for 2 rounds in the factory Honda team achieving solid top ten results in both attempts. 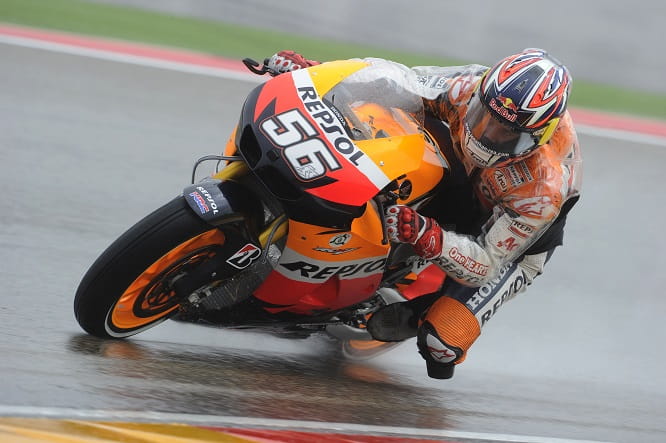 “At 27, I feel like the time for me to win in MotoGP has probably passed because I have already ridden there and I know that the level is so, so high. I feel I gave a good account of myself just turning up and replacing Casey [Stoner] in the Repsol Honda team.

In an interview earlier this year Cal Crutchlow, who made the switch from World Superbikes to MotoGP in 2011, said: “A lot of them [World Superbike riders] have had the opportunity [to move to MotoGP] every year but it’s just that they haven’t had the balls to take the pay cut to try and make it work like I did.” We put Crutchlow’s comments to Rea, who turned down Grand Prix offers to remain in World Superbikes with Kawasaki.

“I’m a really professional guy and this sport is not my world, it’s a really, really good job but it is not everything. I still need to go and work and pay for my own life and some opportunities don’t even give you the chance to do that. 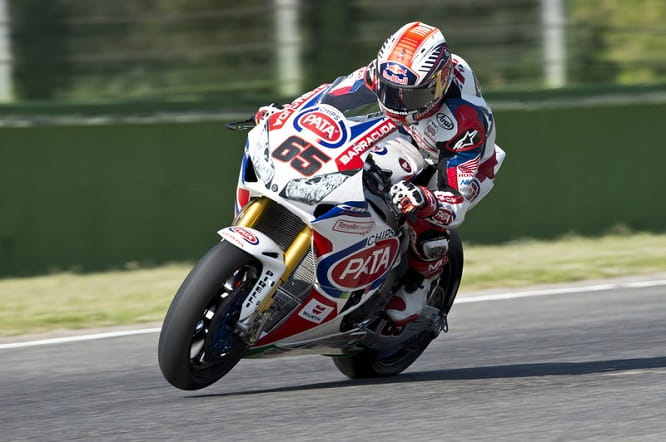 “For me it wasn’t really about the money it was about the opportunity to win and I wouldn’t get that in MotoGP. You only have to look at our own Scott Redding and his ambitions; this year he had a terrible season by his accounts because he just didn’t have the right package underneath him. I don’t want to find myself in that position.”

When asked for his opinion on whether there was a glass wall forming between World Superbikes and MotoGP, Rea commented: “It’s not impossible for World Superbike guys to move across to MotoGP. There will always be opportunities but what I find difficult and what a lot of superbike riders before me have found difficult is that if we get the chance to go to MotoGP it’s on at best a satellite bike and in most cases a second rate customer bike or more recently an open class bike.

Rea joins 2013 Superbike World Champion Tom Sykes at Kawasaki next year. Sykes missed out on the 2014 championship to Sylvain Guintoli at the final round in Qatar but stole the headlines after a spat on Twitter with Rea’s predecessor, Loris Baz. It wasn’t the first time Sykes had fallen out with his team mate, so we asked Rea about his relationship with the Englishman ahead of joining the team next season.

“My relationship with Tom has changed a lot over time,” Rea admitted. “We used to be really close but I guess when you compete at the top level it changes relationships a bit. I’d like to say we have a high amount of respect for each other but we don’t hang around after the races drinking tea or beer together.

“I don’t mind Tom, I think he’s done a lot and going to Kawasaki with Tom having been the number one guy there for the last few years gives me the motivation to try to step up and learn a lot from him. I’m not sure. I think we have a good relationship; we sure don’t have a bad one. I hope we end the year on a better relationship than he has with his previous team mate!"