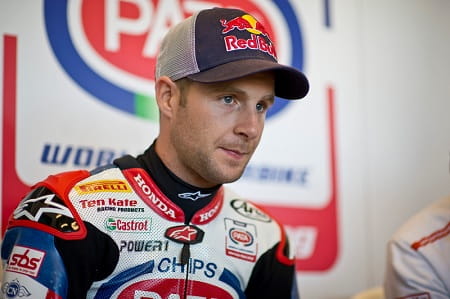 The move would mean Rea leaving Honda for the first time in his career and ending a run of seven years aboard Honda machinery in the World Superbike series. The Ulsterman has taken twelve wins aboard the CBR1000RR but has never quite managed to come close to a world title with his ten Kate squad, scoring a best overall result of fourth in the 2011 series.

It’s long been known Rea held out at Honda in search of a MotoGP ride and despite the Japanese marque giving him Casey Stoner’s seat for two races in 2012, plus many rumours of a move to the premier class each year, nothing has materialised.

Kawasaki won the 2013 World Superbike championship with Tom Sykes and look set to repeat the feat this year. The Kobe-based factory also looks set to bag its first manufacturers’ crown after being outscored by Aprilia in Sykes’ winning year.

With Aprilia reportedly set to withdraw its factory efforts from the Superbike World Championship to focus on MotoGP in 2015, a Kawasaki dream team of Sykes and Rea could be unbeatable unless new regulations even things up.

The move would see Rea replace Loris Baz, the young Frenchman already having a fractured relationship with teammate Tom Sykes after a number of scuffles earlier this season.

Do you think this is the right move for Rea? or