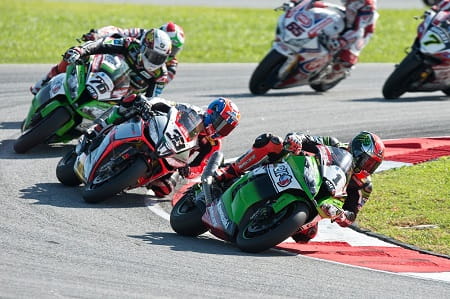 Regulations have been announced for the 2015 Superbike World Championship and despite rumours of a spec-ECU rule similar to that of the British series; electronic development will continue to be open.

However, manufacturers developing their own electronics kit, to be dubbed a ‘Superbike kit’ will have to make this kit available to other teams using the same machinery at least three times a season for no more than €8,000. Each ‘Superbike kit’ must comprise of an approved ECU, and will include all electronics not found on the street bike.

It is thought the decision to move away from a spec-ECU was prompted by high-end teams threatening to withdraw from the championship if they couldn’t develop their own software, which they claim is important for the development of their road-going machines.

The current EVO regulations form the basis of the new rules, but a little more freedom is permitted in terms of engine tuning to ensure parity of performance between different motorcycles.