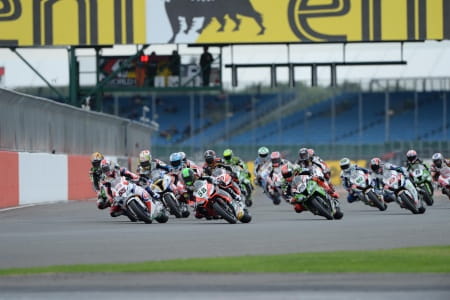 The World Superbike organisers have finally announced the long awaited rule changes to come into effect in the 2014 season. We’ve known for some time that rule changes for the 2014 season were due, with an aim of reducing costs and making racing more competitive.

The new rules, as expected, introduce price caps and a limited number of engines per rider per season. The only details on such caps released, is the engine limit which has been set at eight.

Yesterday, we reported that a World Superbike insider has recently suggested the new rules are aimed to push factory teams out of the championship in an effort to increase the number of competitive privateer teams. In line with this, the new rules state that the MSMA (manufacturers’ association) has agreed to provide, on request, a complete package to teams at a fixed price for the next three seasons. These packages are to be the same as those used by the manufacturer and they are to receive similar updates.

Also within the rule changes, the organisers have announced that there will be an EVO sub-category mirroring the concept introduced by the British Superbike series in 2010. These machines will be allowed to run with a Superbike chassis and a Superstock specification engine.

The full release is below:

"Following various meetings between the FIM, Dorna and the MSMA, a new framework has been put in place for the progressive application of the new Superbike rules. The new rules are aimed at reducing costs for the motorcycle and its components.

"3. Under the new rules, there will be a sub-category known as the EVO class. This class will follow the FIM Superbike technical regulations for all chassis, suspension and brake components. On the engine and electronics side, however, these motorcycles will follow the present FIM Superstock rules. The price cap on brakes and suspensions will be the same as Superbike."