Will BMW be on the 2014 World Superbike grid? 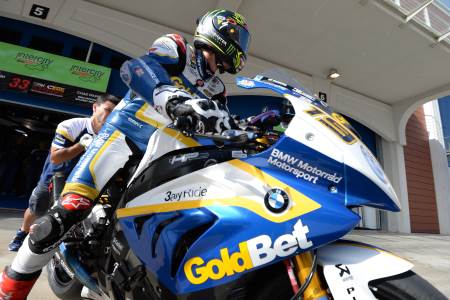 Despite the announcement that they would be withdrawing their factory team for 2014, it has long been expected BMW would be present in some form in the 2014 World Superbike Championship.

This remains true however it is looking like the German manufacturer will be represented in a smaller manner than first thought. Rumours circulating about Troy Corser setting up a World Superbike team with BMW for 2014 were later confirmed when the ‘Down Under Motorsport’ programme was unveiled with double champion Corser joining forces with ex-Crew Chief Tom Larsen to run an EVO team.

However these plans have now fallen through because of lack of funds and BMW’s presence on the 2014 World Superbike grid is looking a lot thinner. It could be the case that there’s only one S 1000 RR out there next year, ridden by double European Superstock champion Sylvain Barrier. The twenty-five year old was out in Jerez testing with BMW Italia this week.

Other rumours suggest Team Toth may move up from Supersport with EVO BMWs although this is yet to be confirmed. Team Grillini, who ran a BMW with Vittorio Iannuzzo in 2013 have announced they are to run Kawasaki EVO for 2014 with Michel Fabrizio.