Where did World Superbike come from? 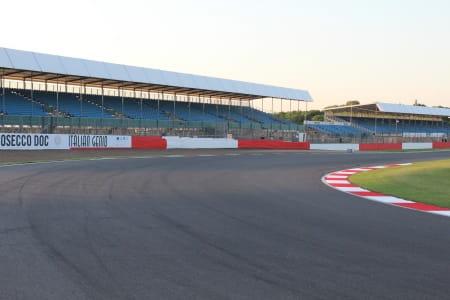 The chase for the World Superbike crown at Silverstone took centre stage at the weekend, the championship boasting production based bikes from five of the world’s leading manufacturers and with it global television coverage, though not without a heavy sanction fee for the host circuit in terms of having the privilege of staging the only major two-wheeled event that weekend.

But, it highlighted the remarkable story of growth of the series devised by former racer Steve McLaughlin who had moved away from the sport to work in television.  The switch of the Daytona 200 to race Superbikes in the mid 1980s and a conversation with that circuit’s supremo Jim France prompted led to the spread of the Superbike idea to Europe which was then, and a to a degree still is, firmly entrenched in the idea of the costly world of prototype bikes racing in Grand Prix.

The existence of the TransAtlantic Trophy match races was playing its part with the likes of the three times American Superbike Champion Fred Merkel taking part in the 1986 series, then Wayne Rainey joined the fun the following year. It is  fair to say the British sporting public were hooked on the idea of watching their heroes take to the track aboard bikes that were silhouettes of the machines they could purchase from their local dealers and ride on the roads.

There was behind the scenes plenty of political struggles, some convincing of the manufacturers that it could all work, and the technical regulations which for the first year of World Superbikes saw two classes of eligible machines, four cylinder motors up to 750cc and twin cylinder bikes upto 1000cc, plus there were minimum numbers of machines built and homologated for public sale on the roads.

So it was on a chilly Easter weekend at Donington Park in April 1988 that the fledgling series made its debut, very much playing second fiddle on the billing of the Leicestershire circuit’s busy International to the second half of the six race Eurolantic Challenge that had begun a couple of days earlier at Brands Hatch, in which Doug Polen won four and Bubba Shobert the other two.

The start of the first race was problematic. The clerk of the course would not allow mechanics to help riders to push start their machines ahead of the warm-up lap.  As Marco Luchinelli pointed out, somewhat irately as he leant his Ducati against the pit-wall half a dozen Italians were needed to push the bike and fire it up.  McLaughlin sorted the drama by re-writing the rules on his feet and the racing began, with the format of the present, two races, or as they were called in the opener heats, but the points decided on the basis of aggregate performances across the two heats and not as currently when each race scores.

Davide Tardozzi won the inaugural race for Bimota, ahead of Luchinelli and the same two were duelling intensely in the second race with Tardozzi trying a late overtaking move, only to tumble, leaving Lucchinelli to take the victory, and with it the points with the Hondas of Merkel and Joey Dunlop completing the podium.

Much Italian foot-stomping, plus discussion among the power brokers, saw the decision taken to award points to each race, starting with the second round later that month at the Hungaroring where Merkel won the first of the two races en route to becoming the first winner of the World Superbike crown.