Tom Sykes: Where has he come from? 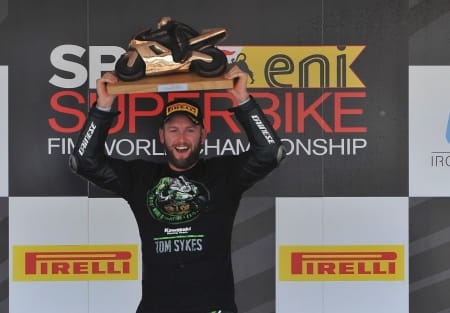 Tom Sykes has been keen to point out that he’s able to enjoy the World title he clinched three weeks ago in Jerez even more because of the difficult times in his career. But where exactly has Tom Sykes come from and what are the difficult times he talks of? The underdog for many years of his career, he seemed to be often in the shadows of other riders who happened to be enjoying more successful periods.

Sykes rode in the British Supersport Championship from 2003-2006, where he most notably finished second to Cal Crutchlow before moving to British Superbikes in 2007 with the Paul Bird Stobart Honda squad. Sykes impressed in his debut year, finishing sixth in the championship after a couple of podiums, a pole position and further strong results. In addition to this, he was never far behind his vastly more experienced team mate, Shane Byrne.

Sykes moved to Rizla Suzuki for 2008 and despite not being not consistent enough early in the season to become a championship contender, the season soon became a real turning point for Sykes’ career. Once he found his pace on the Suzuki, he took three wins and a further eight podiums. In a run of ten races towards the end of the season, Sykes finished on the podium eight times. When the team entered him for wildcard races at the Brands Hatch and Donington Park rounds of the World series, Sykes astonished all with his pace – taking a stunning second place in the first race at Donington and looking likely to follow it up with challenging for a win in the second, only to lose time when both he and Leon Haslam became confused by the rain flag which happened to be the safety car flag for BSB. 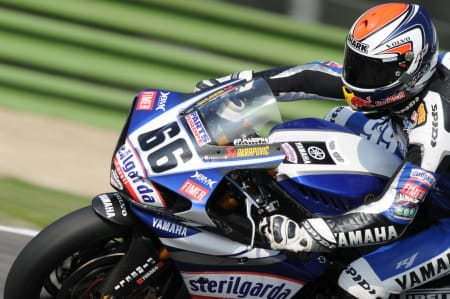 His 2008 performance earned him a ride with a top World Superbike team for 2009; Yamaha Motor Italia, alongside triple AMA champion, Ben Spies. It was a very bold move for Sykes and many say had he remained in BSB for 2009 he’d have taken a clear challenge to Leon Camier on the Airwaves Yamaha. In all, Sykes didn’t have an awful season. In fact for a large part of the year he was comfortably within the top six of the championship standings and only finished a race outside the top ten once. A heavy crash at the penultimate round at Magny Cours ruled Sykes out for the final races, meaning he’d lose enough points to end his year in ninth place. For a rookie, Sykes had not had a bad year however many didn’t see it like that. His team mate, Ben Spies -also a rookie - took fourteen wins on his way to being crowned World Champion. In the shadow of Spies’ success, Sykes didn’t look quite as impressive.

He remained in World Superbikes in 2010, switching to the Paul Bird run factory Kawasaki effort. It was a difficult year for Sykes who finished fourteenth in the championship despite taking a pole position and fourth place at Imola. It was largely expected the Brit would be out of a ride for 2011 but Bird and Kawasaki pulled together to put a third bike out alongside Joan Lascorz and Chris Vermuelen. However it was another year for Sykes, although once again he showed flashes of brilliance, taking pole position at Misano and victory at the Nurburgring – his debut win and Kawasaki’s first time on the top step in five years. However this result was somewhat of an anomaly for Sykes in 2011, he finished thirteenth in the championship after just eight top ten finishes. To add insult to injury, his rookie team mate, Joan Lascorz finished eleventh in thestandings. 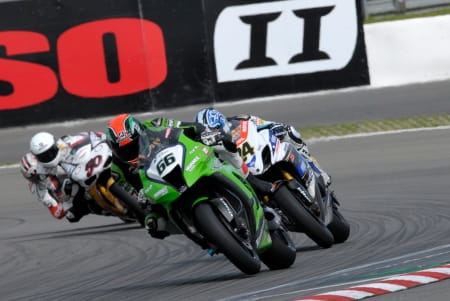 Kawasaki gave Sykes another shot for 2012 as the team switched hands from Paul Bird to the Spanish Provec outfit with increased involvement from Japan. The new ZX10R, introduced in 2011, showed clear improvements in its second year from the very beginning. Sykes took fourth and third at the season opener in Australia followed by two second places in Imola. The Brit took his first win of the 2012 season at a dangerously wet Monza, with the race being red flagged and half points awarded. After taking three victories and a further seven podiums - not forgetting a sensational eight pole positions - Sykes was well within chance of taking the championship come the final round at Magny Cours. When championship leader, Max Biaggi fell from his RSV4 in the first race, things started to look exciting for the Briton. Sykes came out in the second race all guns blazing, shooting straight to the front and heading off into the distance. Under pressure, Biaggi made a plethora of mistakes during the race leaving thousands of Brits on the edge of their seats cheering for what could be Britain’s first World Championship since James Toseland in 2007. Biaggi needed to finish fifth to deny Sykes the crown by just half a point and the former GP star managed to claw his way up to the vital position with a few laps remaining to take the title. 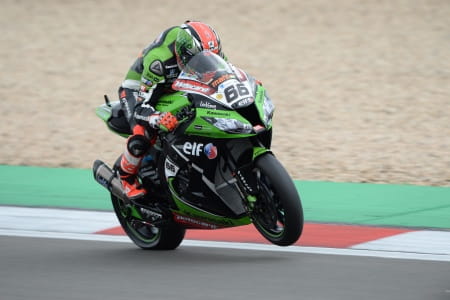 Sykes came back with a vengeance in 2013, which would soon become his most successful season ever. By round seven, the Brit had nearly doubled his 2012 win tally and taken his first ever double victory at a scorching Donington Park. Once again Sykes showed his aptitude in qualifying, taking pole position for six rounds in a row. A bit of bad fortune would mean Sykes had to fight hard for his crown, with just a few points between the top three heading into the penultimate round at Magny Cours. A dominant performance from Sykes at the circuit where he’d lost out on the championship just twelve months previous saw him increase his lead by a comfortable enough margin to take the title with a third place in the first race next time out at Jerez. Sykes took a total of nine wins in the 2013 season with a further eight podiums, meaning he finished on the podium in seventeen of twenty six races.

Sykes’ story is one of perseverance and loyalty, from rider, team and manufacturer.  Kawasaki saw something special in Tom Sykes and it’s clear the feeling is mutual. For 2014, Sykes will return for a fifth year with the Japanese manufacturer and who knows what is to come from the champions?