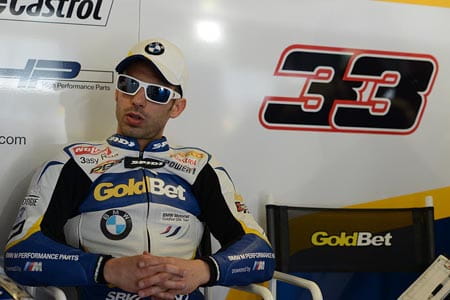 BMW’s Marco Melandri has clinched his first race win of the season at this weekend’s World Superbike round at Monza. The hard-fought victory was the Italian’s just rewards after a race-long battle with Brits Tom Sykes and Eugene Laverty, and series leader Sylvain Guintoli.

Although running in third, Melandri passed Sykes and Laverty on the penultimate lap to scoop the win, while current series leader Guintoli dropped back to fourth at the chequered flag.

In race two, it was Aprilia’s Laverty who prevailed after another race-long battle with Melandri, Sykes and Guintoli. Once again, the riders saved the best racing action until last, when Laverty moved into the top spot on the penultimate lap. Melandri finished race two in second place, while Sykes completed the podium in third.