Donington Park has signed a multi-year deal to host the British round of the Superbike World Championship with the 2014 event takes place on the bank holiday weekend of 23rd - 25th May. 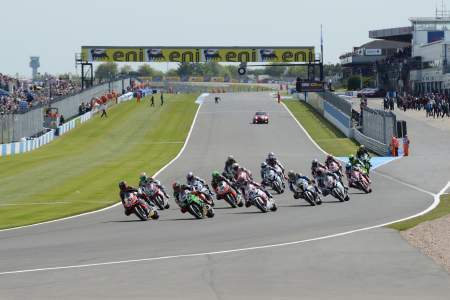 The deal means that the Championship will not be returning to Silverstone which has played host as the British round since 2010. 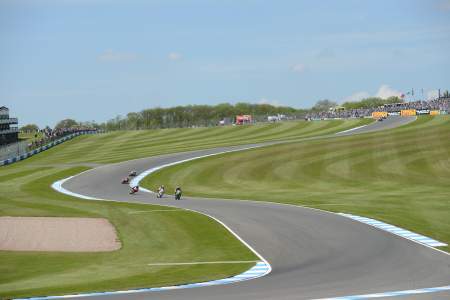 Donington Park has been on the Superbike World Championship calendar for 6 of the past 7 seasons, predominantly as the European round of the series:

Five British and Irish riders have already had their seats confirmed for the 2014 WSBK series including the defending WSBK. We believe that the reigning BSB Champion Alex Lowes will be signing for Cresent Suzuki in the coming weeks:

Christopher Tate, Managing Director, Donington Park Racing Ltd, said “It is exciting for us to be able to announce that Donington Park will be the sole UK round for the heavily revamped new World Superbikes visit in 2014. We have been working closely with Dorna over the past many months, and built a solid relationship with the new management team for the series. While we have understood very well what they are trying to do to re-boot the championship, what has been so encouraging is the way Dani Carrera and all his team have been so open to ideas coming in from us, and from other corners of the WSBK world – riders, teams, sponsors and manufacturers.”

Richard Phillips, Managing Director of Silverstone Circuits Limited, explained: “When Donington Ventures Leisure Limited, the circuit’s previous management group, went into administration in 2009, Silverstone stepped in and agreed to host the British round of World Superbikes.
“However, for the last three years there have been two rounds of the championship in the UK, which has had an inevitable impact on attendances at each event. We believe it is only commercially viable to stage one round of the championship in the UK at the moment. As a result, we will be focusing our efforts and attention on hosting MotoGP™ and the British Superbike Championship next year. We will not be renewing the World Superbike contract for 2014, but there is plenty of world-class racing for bike fans to look forward to at Silverstone.” 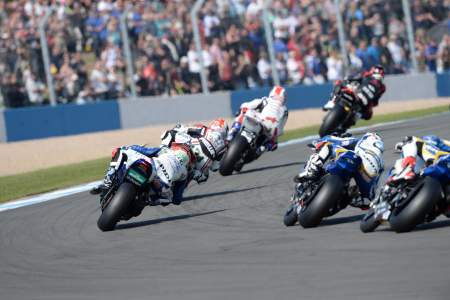