Do DORNA want to push factories out of WSBK? 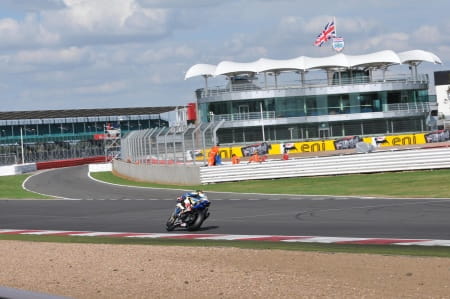 When BMW announced their withdrawal from the World Superbike Championship last week, people were genuinely shocked. When it was further rumoured that Aprilia could follow suit, debate started to emerge regarding the future of the production based series. If four factory (supported) bikes are removed from the grid, where does that leave us for 2014?

Many seem shocked that new WSBK owners, Dorna, don’t seem to be doing much to prevent the manufacturers removing their factory teams from the series. However, what if this was all part of Dorna’s plan? What if Dorna were in fact deliberately looking to push factory teams out of World Superbikes?

This is the case according to a certain paddock insider, who recently spoke to BikeSocial about the future of the championship.

“I think that Dorna want to push the factory teams out of World Superbikes. This would leave just privateer, or at the very most factory-supported teams in World Superbikes and create a more even-playing field. Take BMW and Aprilia, they come into the series and spend a fortune, millions of euros more than the other teams. If you remove this from the equation and have privately run teams with limited factory support and potentially a budget cap, not only do you make it fairer but the racing should be better too as everyone is on a more equal footing.”

The insider claims the proposed rule changes are the mechanism to push the manufacturers from World Superbikes.

“In my opinion, the new rules are being proposed to create a more even playing field, by pushing the manufacturers out. The manufacturers themselves aren’t interested if you restrict the technical regulations of the category as they are interested in searching for hi-tech development value. That doesn’t mean they don’t want to win races, but do they really need to be present in a factory format to do that? Ducati pulled their factory team out of Superbikes in 2010 and in 2011 a Ducati won the title with Carlos Checa.”

“Worries about the recent announcements leading to fewer bikes on the grid, I’m not sure it will. BMW are withdrawing their factory team but they are putting a lot of effort into their customer race support department. Don’t be surprised to see new BMW teams cropping up over the next few months and the same goes for Aprilia. If DORNA pull this off, I can see this meaning a very positive future for the World Championship with increased grid sizes and more competitive racing. Perhaps in the long term, it’ll even improve MotoGP with the entry of new manufacturers such as Aprilia and BMW.”

Fears within the paddock surround the risk of one or two manufacturers remaining in the series and dominating just as Ducati did for many years. In fact, many teams fear that the new technical regulations could strongly favour the currently struggling Ducati Panigale.

All that’s confirmed so far for 2014 is the technical regulations will be changing in an effort to reduce costs; however what’s not certain is in what format these changes will be. If this particular inside source is correct, it could well resolve the problem World Superbikes seems to be facing, in the fact they have many talented riders looking for 2014 rides, with very few bikes to put them on.