Webb to ride remainder of WSS season with PTR 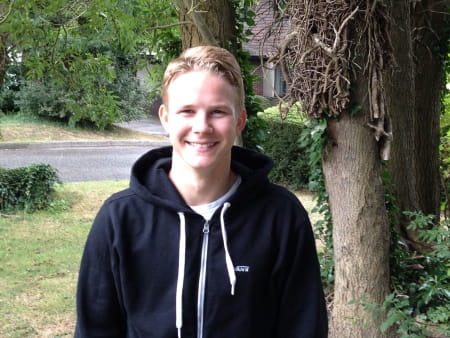 The twenty-two year old suffered a turbulent half-season in Moto3 this year, going from knocking on the door of the top ten at the start of the season to a mid-season plagued by injury. Webb suffered a broken arm at Assen back in June and hasn’t ridden since. Despite his recovery going well, Webb was given the flick by his Moto3 team on Thursday this week.

Webb will replace Sheridan Morais in the PTR squad, the South African rider currently sitting twelfth in the World Supersport championship, despite being PTR’s highest placed rider. The team does have strong pedigree, finishing runner-up in the championship on numerous occasions, first with Eugene Laverty and more recently Sam Lowes. Webb hopes together, he and the team can return to their former success. The next round of the World Supersport championship is at the Nurburgring in two weeks.

“Of course it’s disappointing to lose my ride in Moto3, but there’s nothing we could do about it, it’s happened. Fortunately, we’ve managed to find something else.” Webb said, speaking to BikeSocial this afternoon.

“I’m looking forward to getting out on a Supersport bike, we’re being thrown in at the deep end and we’re going to have to work at it. I’ve only ridden Turkey and Jerez before, so we’ve got some circuits to learn and at Nurburgring it will be hard as I’ll have both the bike and track to learn!”

“Hopefully we can work together to get the team back up there, that’s the aim. Sam and others have been fast on the PTR bikes before! The team is good, it’s a strong package but as I said, the first race will be tough but I’m looking forward to it”.

If you’d like to support Danny for the rest of the season – they are looking for sponsorship in exchange for exposure on both the bike and Danny’s leathers. Anyone interested should contact Steve Burgess on 07979864822 or steve.burgess@clearsightpartners.com.