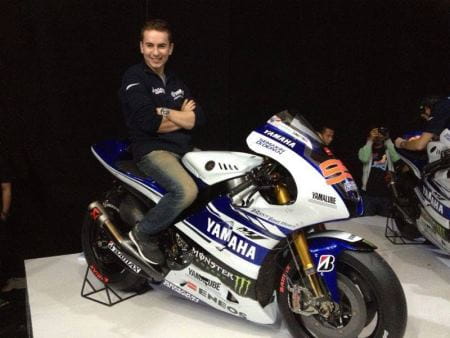 Yamaha has unveiled the livery in which Jorge Lorenzo will attempt to regain the MotoGP crown today, in Jakarta, Indonesia, signalling the emerging importance of the far east in the world of motorcycle racing.

With just over two weeks to the start of the season at the first official test in Sepang, the 2014 M1 retains the traditional Yamaha blue and white and looks like a cross between the 2012/2013 M1 liveries.

Yamaha retain their 2013 line-up of Jorge Lorenzo and Valentino Rossi and with nine premier class titles between riders; it’s one of the strongest pairings on the grid.

All eyes will be on Valentino Rossi as he begins work with new crew chief, Silvano Galbusera after sensationally ditching Jerry Burgess at the end of last season. Jorge Lorenzo won’t be without pressure either, after missing out on the 2013 title to Honda’s Marc Marquez at the final round. 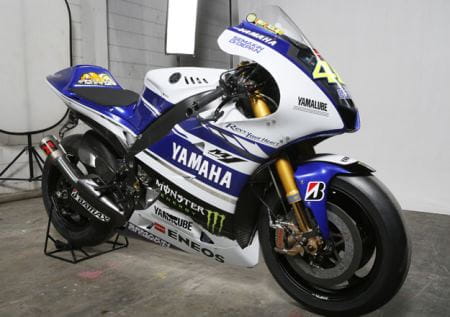