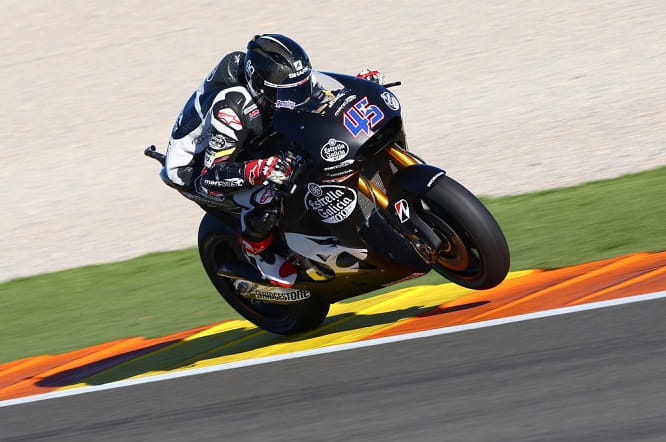 Scott Redding has described the Honda RC213V as a ‘completely different bike’ after his first taste of the factory machine in Valencia today.

Redding switches to the factory Honda for next season’s MotoGP Championship after spending 2014 on the underpowered Honda RCV1000R production racer, which despite being heavily based on the RC213V, is completely different according to the Moto2 race winner.

The British rider was 15th on the timesheets after the first day of testing having set a fastest time of 1’32.998.

“It was a lot different to what I’ve been used to, the bike position, we’ve now got Ohlins and Brembos and the power is a huge difference,” said Redding talking to Bike Social in Valencia. “It’s almost like a completely different bike to be honest. This is why it took me some laps to build up my confidence.”

One of Redding’s only qualms with the RCV1000R this season has been its lack of power. In the corners he was able to keep up with his factory rivals but when it came to the straights he’d lose out on top speed. He admits he expected the RC213V to be similar to ride but with more power. It’s not.

“I kind of expected it to be like my old bike with more power, I at least expected it to feel the same when I sat on it but it felt completely different,” he continued. “It took a bit of time just to get that to feel more normal. It’s more uncomfortable than my bike from this year so I think I just need more laps to bed myself in. 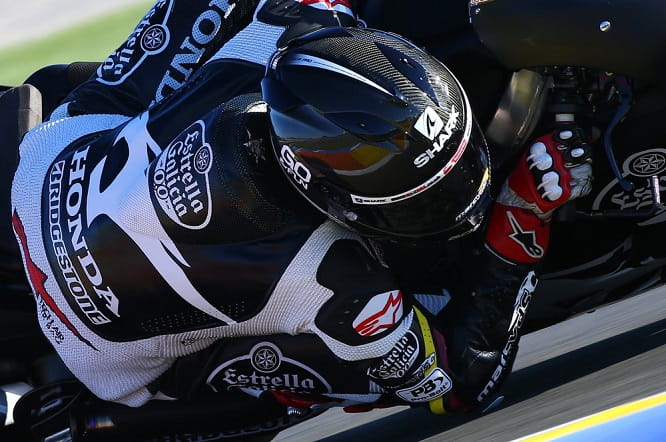 “When I first left pit lane all I could think was ‘I’m really high on the bike’, I really wasn’t comfortable off the blocks. When I first rode the Open bike I felt comfortable pretty much straight away so I didn’t feel that great in the beginning and it took some laps to get used to it.

“The bike is quite small but it’s not too bad. We’ve had the seat modified already so we’ve just got to work out getting the bumpers right. We were in a bit of a rush today, the guys were working until two in the morning to get everything ready and we still didn’t have enough time so we just did a quick job for today. I’ll have to work a bit more to make myself feel a bit more comfortable over the winter.”

Along with the power, another big change moving from the production Honda to the factory bike is Honda’s seamless gearbox, which allows riders to change gear without cutting the power for too long.

“With the seamless gearbox shifting is a bit smoother,” Redding explained.  “I expected it to be even smoother but it’s an improvement on the standard gearbox, it’s more fun to ride. At the end of the day it’s still changing a gear, it’s just the cut time is a little bit shorter.”

Throughout 2014 Redding has impressed with incredible lean angle on the RCV1000R, a style he believes will suit the factory bike but acknowledges they’re not yet at the point where they can explore the limit.

“We had some lean angle today but it’s trying to find that edge and we’ve not got the bike at that level yet. We’re slowly creeping up and tomorrow I’ll be better. I’ll have slept on it and know a little more what to expect.” 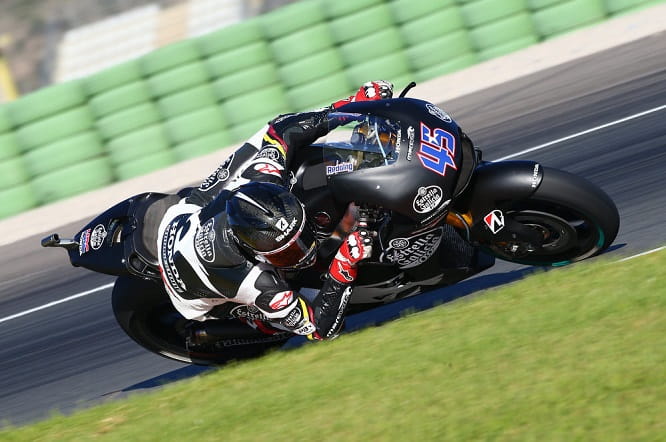 It’s not just the bike which is new for Redding. He’s got an entirely new team of engineers, headed up by ex-Jonathan Rea World Superbike crew chief Chris Pike and he says it’ll take time to adjust to the new set-up.

“We’re quite far out of our comfort zones,” Redding explained. “Chris is completely new to MotoGP and I’m going back to Ohlins suspension and Brembo brakes so it’s all quite a bit different. I don’t know where I am. We first went out to try one thing and it seemed really far away, so I came in and we changed it and it was better. Then as I got faster we had to start going in another direction and I’m learning the bike, the suspension, the brakes and Chris is doing the same. We’re kind of trying to get the wheel rolling until we get a rhythm and then we can build up more and more.

“Chris has already been really straightforward with some things and I think we’re going to work really well when we get to know each other a bit more. We’ve had a laugh but once we know how we can talk to one another and things it will be good.”

One thing that isn’t new for Redding next year is the wider team around him. Moving back into the Marc VDS fold for 2015, the 21-year-old can’t thank the team enough for pulling together to get him on a factory bike.

“It feels good to be back with Marc VDS. I feel more relaxed, I feel free and I can talk how I want to who I want and we get along so well. Marc comes in taking pictures and he’s really enjoying it. I can’t thank the team enough for putting this all together; if it wasn’t for them I don’t think I’d have a factory bike this year.”