Things to take from Sepang

With the first MotoGP test of 2014 now over, we’ve had our first glimpse of how things will begin to pan out this season. Of course, testing is far from indicative of the end result but there is a little you can take from this week’s events in Sepang. 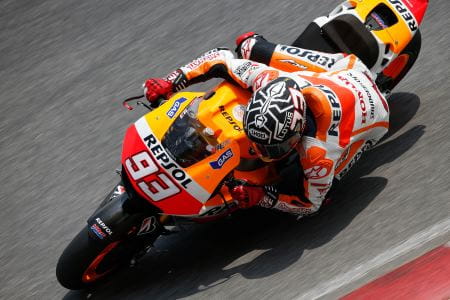 The first thing to take home is something we already knew. Marc Marquez was always going to come out of the blocks fighting and as many would have expected, the 2013 World Champion topped the timesheets on each of the three days, breaking Casey Stoner’s two year old lap record in the process. Any rider with their eyes set on the 2014 title knows that Marc Marquez is the man to beat and his performance in Sepang did nothing but affirm that.

Despite Marquez boasting a commanding gap for the first few days, one rider in particular managed to close in on the Spaniard during the final day, setting the fastest lap he’s ever done at Sepang, just a fraction off the lap record. Before the test, if you were to put money on the rider to be closest to Marquez, you wouldn’t have put it on Valentino Rossi. A nine time World Champion, there is no way one can doubt Rossi’s talent, but after the Italian struggled to make the podium in most races last season, it had begun to look as though he could no longer keep up with the youngsters. For that reason, Rossi’s performance has to be one of the biggest surprises of the test. It is early days and we don’t know if he can keep it up, he admitted himself that he’d struggled to keep up the pace throughout a race simulation. If Rossi thinks he’s still got what it takes to compete at the top in MotoGP, this is his last chance to show it and it’s starting to look like his best chance since leaving Yamaha in 2010. 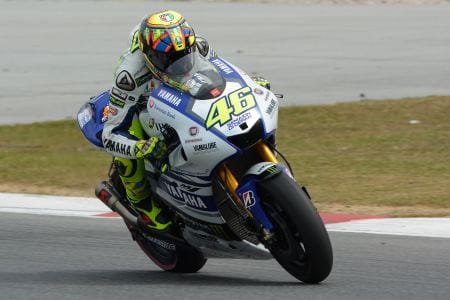 Rossi’s resurgence could have been the main headline from Sepang had it not been for his distant-Yamaha team mate, Aleix Espargaro. One of the big questions prior to the test was how the new ‘Open’ category bikes would fare compared to the full factory machines, with many expecting the new machines to be faster versions of the previous CRT bikes. Riding Yamaha’s ‘Open’ category machine, the FTR Yamaha, Espargaro set the fourth fastest time and even broke the two minute barrier on the final day to place him less than a tenth behind double World Champion and factory Yamaha rider, Jorge Lorenzo. Should Espargaro’s speed carry through to the season, providing he can maintain similar pace throughout race distance, top five results are not out of the question.

Unfortunately the same can’t be said about Honda’s production offering, which proved to be nothing but slow. Previous reports had suggested that Casey Stoner was just three tenths off the time he set on the factory bike when testing the production racer, but the reality come Sepang was harsh. On the first day, the fastest RCV1000R was some three seconds off the pace and while 2006 World Champion Nicky Hayden was able to reduce that, he finished the test just under two seconds off the pace set by Marquez. Honda has a lot of work to do with this bike if it’s to compete with the FTR Yamaha package. 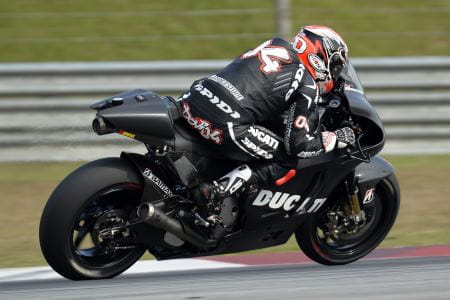 As with everything else mentioned in this article, the phrase ‘It’s early days’ is ever so relevant but for Ducati it’s perhaps more so as the Bologna factory seemed to have a bit of a breakthrough in Malaysia. Dovizioso set the fastest ever Ducati lap of the Sepang circuit, some three seconds fastest than he lapped in the race just a few months ago and all words coming out of the Ducati camp, including from Brit Cal Crutchlow’s side of the garage were positive. There’s a lot of talk now about what Ducati will do next, even though they’ve shown improvement it’s unlikely they’ll be able to fully bridge the gap and for some time, it’s been suggested the factory could consider a move to the open category this season. The performance of Aleix Espargaro on the FTR Yamaha may push this decision along, the concessions that come with running in the open class could be exactly what Ducati need should they be able to get their bike to a certain point.

It seems like MotoGP is in one of the most exciting positions it’s been in for years, it’s got a fresh, new champion eager to continue his success with hungry rivals gunning to stop him including the ever-famous Valentino Rossi, Ducati seem to be in the best position they’ve been in for years and finally there’s a cheaper way for satellite teams to be fast in MotoGP.