Redding: "I miss the adrenaline rush of going for a win" 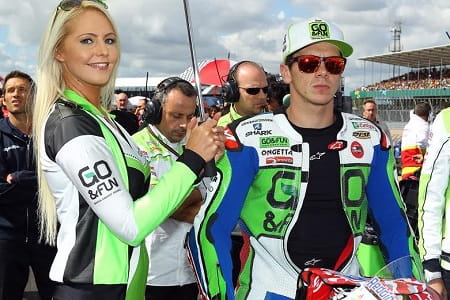 Scott Redding has admitted he misses the adrenaline rush of fighting for the victory after crossing the line in an impressive tenth place at Silverstone aboard the inferior production Honda.

In what was another great race for Redding, he managed to build a gap ahead of Cal Crutchlow on the Factory Ducati before chasing down Pramac's Yonny Hernandez.

“We had a good race, it was hard but I really enjoyed it” said Redding speaking after the race. “A lot of people used the hard front tyre but we hadn’t tested it all weekend so I didn’t want to gamble it and at the start of the race it was pushing a bit on the front and the heavy fuel load at the start made that a bit worse. We were also using the bigger brake discs so they took a bit longer to get up to temperature so it took me a while to get going.

“Mid-race was the point at which things started to click and I really got going, I closed the gap on Hernandez and pulled away from Cal who had been closing at one point. It was getting a bit tight but I managed to pull away.”

Riding a bike almost 15mph down on his competitors, Redding had a tough task learning to ride a MotoGP machine. Since the summer break a marked improvement from the British rider has not gone unnoticed but he says he does miss the adrenaline of fighting for the win. 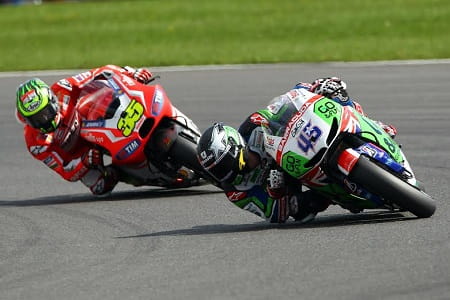 “We made a huge step in Indianapolis and again here we closed the gap in qualifying by one second. I’ve enjoyed the whole weekend, being in sixth on Friday felt nice to be up there, I knew it wasn’t going to be like that all weekend but it boosted my confidence. I miss the adrenaline rush of going for a win and fighting in the last few laps, in today’s race I had the pressure on to catch Yonny but apart from that it was pretty casual.

“I feel like a MotoGP rider now, in Malaysia I felt I was in the wrong place and had taken it too soon but in Qatar I was there and now we’ve made so much improvement. I’ve learned so much over this year and after the summer break I came back as an upgraded rider on a fresh start knowing I could take control over the bike.”

After winning his home Grand Prix last year, Redding was worried how the fans would react to his performance on the production Honda but says the reception he achieved this year has also been fantastic.

“It was good to see the fans this weekend, doing stuff on stage was great and I stopped at Luffield on the cool down lap, pulled up in front of all the banners and heard a massive roar from everyone. I revved the bike a bit so they could get the feeling up close. They went nuts; it was nice to give them something back.” 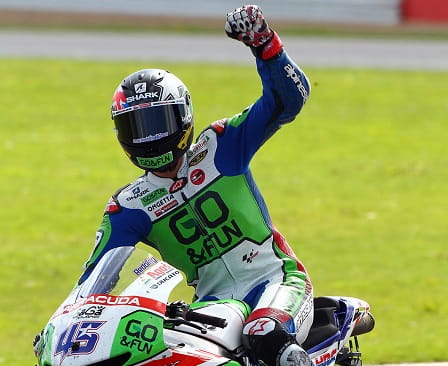 Redding is currently being touted to ride the final RC213V Factory Honda next season but there are huge questions over which team will run the bike. Unlike some riders, Redding isn’t letting talk of his future bog him down on track, saying he’s not going to give them any excuses not to let him have the factory bike.

The MotoGP championship now heads to Misano, a short circuit with both fast flowing and tight twisty turns. Scott predicts this might be a tough ask for the RCV1000R but is ready to give it his all.

“It’ll be difficult at Misano, it’s quite a short circuit. It’s got some big ball corners so maybe we can make some stuff back in those two fast rights. Maybe there are a few places where we’re going to lose a bit of time coming out of the slow corners. I’ll go out there to enjoy it and be the first open Honda.”