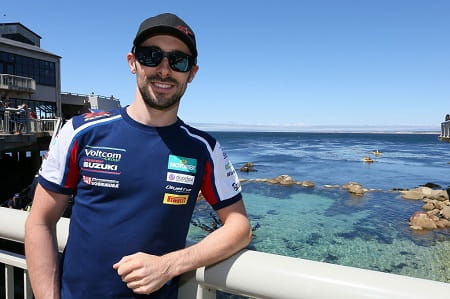 Eugene Laverty will make a switch from the World Superbike series to MotoGP in 2015 according to his Crescent Suzuki team.

The Irishman is thought to have secured a spot in the Drive M7 Aspar squad aboard a customer Honda RCV1000R alongside Nicky Hayden, although no official announcement has yet been made.

Laverty, who finished second in the Superbike World Championship in 2013, has been linked to several MotoGP rides over the years and it is believed he had a number of options for next season including Aspar, Pramac Ducati and Forward Yamaha.

In a statement released earlier today, Voltcom Crescent Suzuki thanked Laverty for his services this season which saw the Ballymena rider take the team’s debut victory in the World Superbike championship at Phillip Island back in February.

“I’d like to thank everyone at Voltcom Crescent Suzuki for all their efforts this season” said Laverty. “They’re an incredibly hard working team and we share the same desire to win. We started the year fantastically with a win first time out at Phillip Island, something nobody expected us to do. Even if the results haven't always come our way, I've really enjoyed working with the team and the GSX-R, there is so much potential there. We still have two rounds remaining and my aim is to climb back up on that rostrum before I move to MotoGP in 2015.”