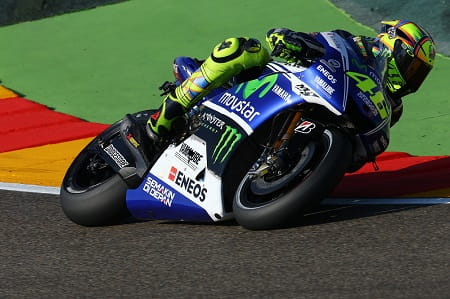 MotoGP bosses will ask Grand Prix circuits to remove any artificial grass from run-off areas after Valentino Rossi was hospitalised by an accident on wet astro-turf at Aragon two weeks ago.

Rossi ran off track in the early stages of the Aragon race, hitting artificial grass still wet from an earlier downpour and falling heavily from his Yamaha M1. The Italian superstar was knocked unconscious in the accident and taken to hospital for precautionary checks.

In a statement after the race, Rossi branded the artificial grass as ‘dangerous’ and the topic came up for discussion at Thursday’s meeting of the MotoGP Safety Commission, which has since decided to request that circuits remove astro-turf from run-off areas.

“We decided that gradually we are going to start to ask the circuits to remove that artificial grass from most of the places because we saw that it is dangerous” said Javier Alonso, Managing Director of Dorna’s Events area.

“Even though it was a request of the Safety Commission some years ago and we were the first ones, motorcycle racing, to request artificial grass, now we have realised that in that particular condition when the track is dry and the artificial grass is still wet, it is really, really dangerous. So we are going to gradually take it out from the circuits, starting from the most dangerous places of course.” 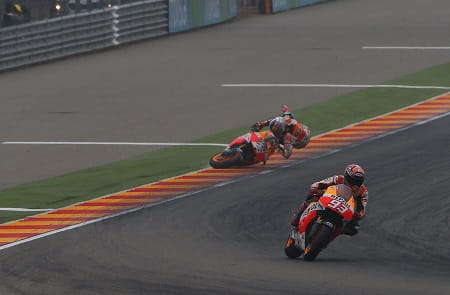 The Safety Commission also discussed whether current flag-to-flag racing rules are the safest option. In Aragon, track conditions went from dry to wet meaning riders were on a wet track with slick tyres. With only a handful of laps remaining, some riders remained out on slicks and subsequently fell out of the race. Alonso says one alternative being discussed is enforcing a mandatory bike-swap if conditions reach a certain level.

He continued: “Regarding flag-to-flag we were discussing if there is a better option than what we have today. We have always said that it is the least worst option that we have and that if we can improve it somehow and the riders feel there is some room for improvement we will try to do it. We are sure that the system of flag-to-flag, the system of changing bikes, is the best system we can have, but it may be that we consider having an option where if it gets too wet we oblige everybody to change the bikes. But we are not sure yet if this is correct or not, so we have to first study those options and see if there is something better than we have today.”