Crutchlow: "Ducati not in too bad a shape" 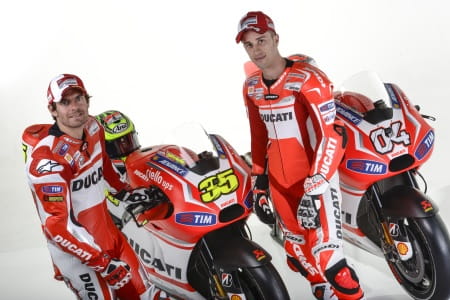 Cal Crutchlow has expressed that he’s excited for the season ahead and believes Ducati is in ‘not too bad a shape’ ahead of the 2014 MotoGP campaign getting underway next weekend in Qatar. The comments came as the Ducati MotoGP team was launched yesterday at the Audi Forum in Munich, marking a new era for the Bologna factory in Grand Prix racing.

The mere fact Ducati’s 2014 presentation was carried out alongside the four-wheeled presentations of Audi makes a huge statement. Ducati’s traditional team launch ‘WROOM’, held in the Italian ski reseort of Madonna di Campiglio alongside the Ferrari F1 team, was cancelled, reportedly because of cost cutting. 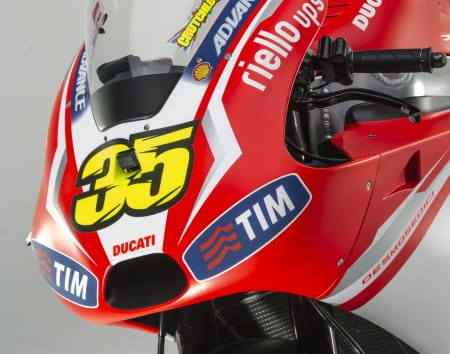 When Audi bought Ducati in 2012, there was never any doubt the German car giant would look to make serious changes in the Grand Prix set up in order to take the Italian marque back to the top. Now, those changes are on the horizon, with technical guru Gigi Dall’Igna being brought in to Ducati from Aprilia and the reconciliation of Paolo Ciabatti and Davide Tardozzi, the pair who oversaw Ducati’s early domination of the Superbike World Championship.

Before the season has already started, there are signs of the new management structure guiding Ducati in the right directon, with the Desmosedici faster than ever before at the Sepang tests. The decision has been taken for Ducati to join the open category, using a version of Magnetti Marelli’s spec-electronics and being granted the benefits of extra fuel, softer tyres, unlimited testing and no restrictions on engine modifications. The move has caused a bit of debate and led to some confusion, but the short version of it is that this is a good move and could see Ducati more competitive than they’ve been in years.

The bike looks different too, with a flatter front end and re-designed tail section, topped off with a new paint scheme. 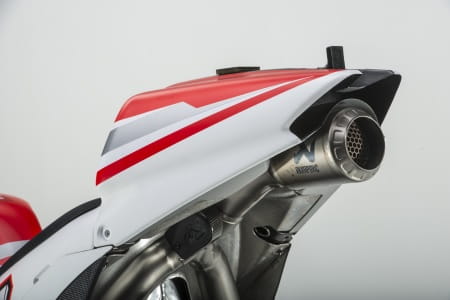 Ducati’s riders seem positive about the 2014 season after testing although both Crutchlow and Dovizoso air on the side of caution when asked about transferring their positive times in testing into podiums.

Crutchlow, who joins the team on the back of three successful years at Tech 3 Yamaha, shows no signs of regret heading into the season ahead. ““I’m excited about the season ahead and I think Qatar is going to be good for us” the Brit commented.

“The team have been working well, and especially in Australia I felt we were doing a good job. We still have some things to try with the bike, but I’m excited to start the season in what I feel is not too bad a shape. I think we will be at a disadvantage because we never tested there, but we’ll still be giving 100% in the race.” 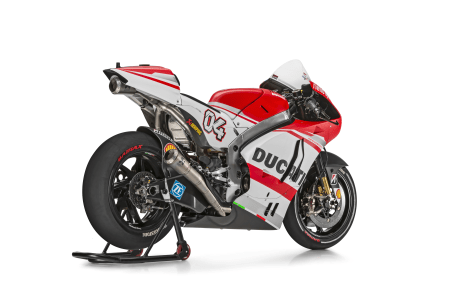 Dovizioso, who already has a year under his belt at Ducati can already see the progress made from 2013. “I am very happy with the way the pre-season tests went because we managed to improve more than expected, and this gives me a lot of confidence” he explained.

“Thanks to the work of Gigi, and by making a few balance changes, the bike is now more manageable, goes better and we succeeded in doing the times we did in the recent tests. Losail is a very difficult track but I think we will be quite competitive, even though we still have a few doubts about our effective race pace. In any case, we have reduced the gap from last year and today we are much more competitive. We still have to improve to arrive at the positions where we want to be, but I think that in the first race we will manage to start close to the front.”

Dall’Igna, the brains behind Aprilia’s incredibly successful RSV4 Superbike racing project and then the double CRT World Championship winning ART MotoGP bike, joins Ducati this year facing a huge challenge, but early signs suggest the Italian is the man to turn Ducati around.

“Coming to work in Ducati Corse is probably the most important challenge of my life: working in MotoGP as General Manager for one of the most famous and prestigious manufacturers in the world – Ducati – is an important achievement but also a great responsibility” said Dall’Igna.

“I am very proud of the choice that I have made and just as motivated by the results of testing at Sepang and Phillip Island. At the moment the most important thing is to continue with the development of the bike, and the choices that we have made will allow us to move forward and improve. We are satisfied with the lap times in the last tests, but also the consistency of the times, which are backed up by the riders’ comments. Ducati has significantly reduced the gap to its rivals and we are confident we can make further steps forward during the season.”

The MotoGP season kicks off in Qatar next Thursday.