Dovizioso to remain with Ducati until 2016 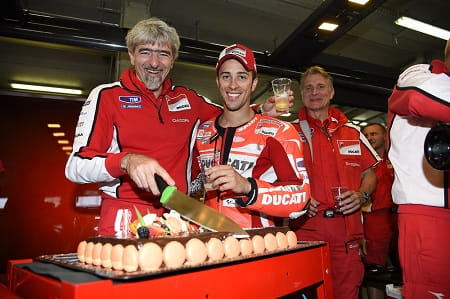 There had been much speculation about whether Dovizioso would remain with the Bologna factory after his contract expires at the end of this season, with many linking the 28-year old with Suzuki’s 2015 MotoGP return.

After a tough debut season with Ducati Corse in 2013, Dovizioso has seen significantly improved results from the struggling Desmosedici this season, with Ducati making use of open-class concessions having not won a dry race in over two years.

Dovizioso has finished on the podium twice so far this season and reports suggest the former Grand Prix winner is keen to stay with Ducati to see what  the Borgo Panigale outfit have to offer for 2015 with a completely revamped Desmosedici designed by Italian engineer and former Aprilia head honcho Gigi Dall’Igna.

The Italian will once again be partnered by Britain's Cal Crutchlow.