Can Marquez be stopped as MotoGP heads to Catalunya? 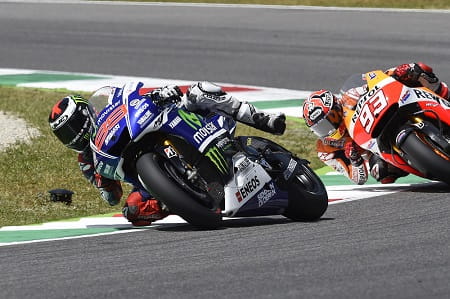 Round seven of the 2014 MotoGP championship gets underway this weekend as the series heads to Barcelona, for the iconic Catalan Grand Prix. Marc Marquez has proved unstoppable so far this season, taking both pole position and victory at each of the six rounds so far.

The reigning World Champion has been on imperious form, however for the first time this season Jorge Lorenzo gave him a run for his money last time out in Mugello. The pair battled until the final corner, where the Mallorcan went slightly wide, allowing Marquez the drive down the straight to take victory.

Lorenzo has taken victory at the Montmelo circuit for the last two years and in total has four Catalan Grand Prix victories to his name. The Factory Yamaha rider stormed to victory in Catalunya last year ahead of Dani Pedrosa and Marc Marquez.

Marquez’ history at Montmelo makes for interesting reading, with the twenty-one year old not having won at the circuit since 2010 on his way to the 125cc Grand Prix Championship. 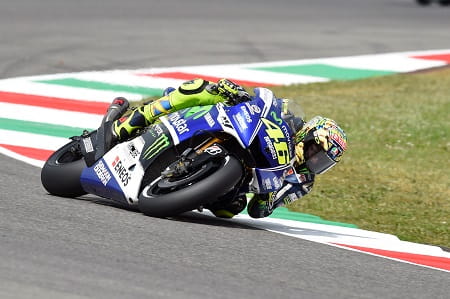 In terms of previous success, Valentino Rossi should be on to watch in Barcelona this weekend. The Italian rider has taken nine victories at the Circuit de Catalunya, five of those in MotoGP with the most famous of those being when he duffed up Jorge Lorenzo on the last lap in 2009. This season Rossi has arguably been on his best form since that year, so do not rule him out. Generally this season, Rossi has been the man closest to Marquez with the exception of a couple of races in which he had tyre issues and Lorenzo’s resurgence in Mugello, although even then Rossi started on the back-foot after qualifying tenth. Feeling stronger than ever, Rossi will be keen to show he can mix it with Marquez and Lorenzo this weekend.

Since his arrival in MotoGP, Marquez has re-written the history books and should Rossi and Lorenzo fail to beat him this weekend, he’ll have taken seven consecutive victories. An impressive feat, no?

The second Repsol Honda rider of Dani Pedrosa struggled last time out at Mugello, still citing problems with the arm he had operated on a few weeks back. If fully fit, Pedrosa work miracles when riding on Spanish soil. 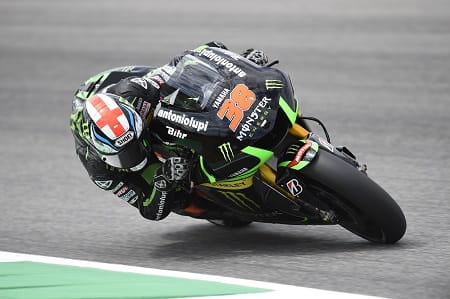 Britain’s Bradley Smith took a then-career-best finish of sixth place at the circuit last year and after a tough few races the Oxfordshire lad will be looking to prove his worth in MotoGP but with it being his team mate, Pol Espargaro’s home race it could be a big ask.

We could well be seeing five Brits on the grid this weekend, with Leon Camier having been flown in to Barcelona on standby to replace Nicky Hayden in the Aspar Honda outfit. Hayden injured his right wrist in a crash in Le Mans and pulled out of the Italian Grand Prix two weeks ago. The American rider will attempt to ride in the first free practice before making a decision on whether he’ll compete for the rest of the weekend, if not Camier will step into the Kentucky Kid’s boots for his MotoGP debut.

The only problem could be the thunderstorms currently forecast for Sunday…

TV Schedule
As usual, BT Sport has the full weekend live with highlights on ITV4 on a Monday evening…