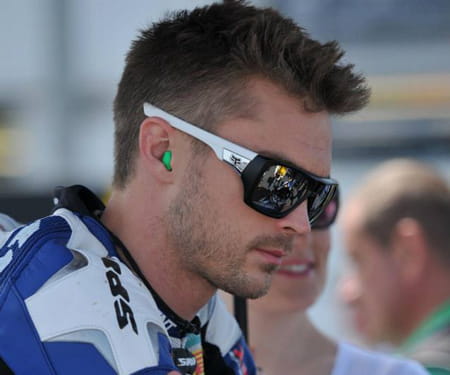 Leon Camier is to make the step up to MotoGP’s Open class with IODA racing, as we reported in November. The 2009 British Superbike Champion has been added to the provisional MotoGP entry list along with Broc Parkes who was confirmed at Paul Bird Motorsport last month.

IODA will field Camier alongside Danilo Petrucci as they switch to Aprilia’s ART machinery. Camier had been looking to remain with Paul Denning’s Crescent Suzuki although missed out as the Dorset squad signed Eugene Laverty and Alex Lowes.

Camier, who finished eleventh in the 2013 World Superbike standings following a number of injuries, had also been in talks with Honda about a return to British Superbike, as revealed to Bike Social by Neil Tuxworth.

IODA Racing had originally entered Niccolo Canepa for the second ride however a deal was never reached and the Italian opted to move to the World Superbike EVO category with Althea Racing.