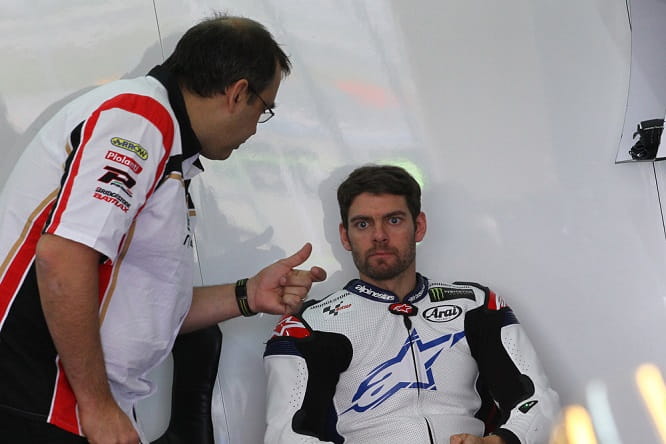 Britain’s Cal Crutchlow suffered a broken thumb and two suspected cracked knees after what he says was one of the biggest crashes of his career while testing in Valencia.

Crutchlow says he clipped his knee in a puddle on the inside of turn one spraying water onto his rear slick tyre. This brought the rear around on him and threw him into the air.

“I went into turn one and I was pushing to gain some time,” Crutchlow explained. “It was my second lap on a new tyre, first lap I scrubbed it in and on the second I thought ‘right I’m pushing now’. I cut the kerb so tight I put my knee in a massive puddle of water and it went on the back tyre. The problem was it came round so fast my throttle also went to 100% so I had water on the back tyre, off-gas highside and then the last bit was open 100%. 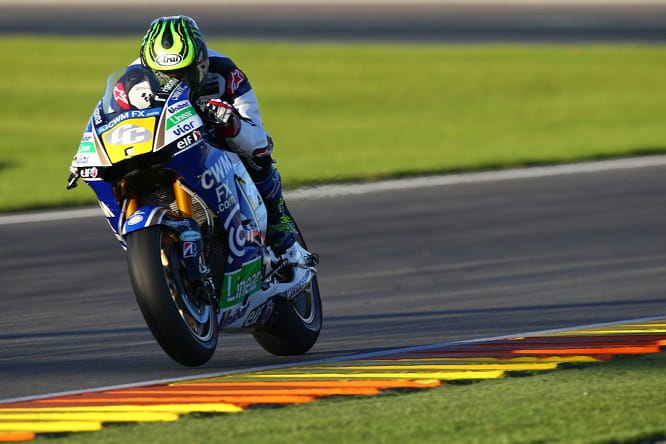 “I definitely have a broken thumb and they think two cracked knees. I was dazed I can tell you that, but I rode the bike back so we don’t class that as a crash. That was a serious crash, after my Texas crash it was the biggest one I’ve had.”

The 29-year-old rode his bike back to the pits after the incident and returned to the track on his second bike before setting his fastest time of the day, placing him eighth on the timesheets.

“I was pleased to go back out immediately after, with only an hour left, and go faster. I never benefitted very well in the lap time but again I did the same lap time with 25 laps on the tyre than what I did with 5 laps on the tyre. It’s about feeling comfortable. I’m getting on well with the Honda, I’m pleased with the way we’re working. I just have to get used to it a bit more.”