Redding: "The front tyre gripped and all my weight went on to my wrist" 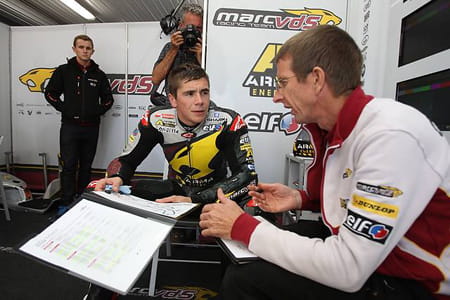 Heading into the Australian Grand Prix this past weekend, British Moto2 contender Scott Redding had a nine-point advantage over Pol Espargaro, but was forced to miss Sunday’s race due to the fractured wrist he sustained in a crash during qualifying on Saturday. With just two rounds of the series to go, Bike Social-supported Redding is now playing catch-up as Espargaro leads the series by 16 points.

“I’m a bit annoyed and a bit sore to be honest. I’m annoyed about the championship – it's something I've been fighting for all season and it's just been taken away from me by something that was totally out of my control.

“I'm still not totally sure what caused the accident, I did the same as every other lap but when I felt the back go I rolled off the throttle as you would to get the traction, so when it snapped back it was unusual. The front tyre gripped so much that all my weight went on to my left wrist because I was expecting the bike to low-side, then it jumped back into my chest and I felt my arm go then.

“It all happened in slow motion, as I came off the bike, landed and was rolling, I was trying to hold my left arm to protect it. I knew it was broken but when I was in the gravel and I was trying to move, I told myself "I can't let this happen". I was thinking about racing the next day and the championship.

“This was only my third crash all year and I've never broken a bone all my career – it's so annoying! It's the radius bone that's broken, which is a couple of centimetres back from the wrist joint. It's fixed with a plate and six pins. 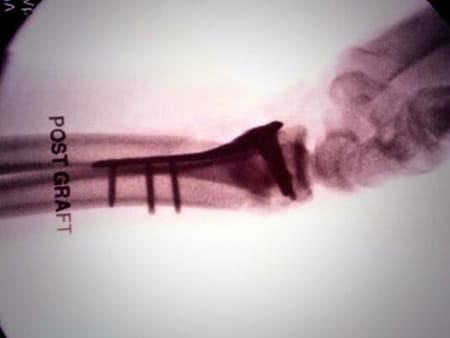 “We went back to Melbourne as soon as we could. They wanted to operate the next day but I was  keen to get it done as soon as possible to start the healing process. During the operation they had to pull it out and put the bones back into place!

“I was looking forward to the race, or the "dash for cash", I knew I could run at the front - I'd found my speed that had been missing over the past few races.

“We'll have to wait and see how the recovery goes, I might be in Valencia but I'll go to Japan to spectate. It'll be frustrating to watch rather than race, but I'll be there to support the team. For Valencia, it really depends on what stage we're at... I'm doing the exercises to keep my arm and wrist moving and working on keeping the rest of my body fit at the moment.