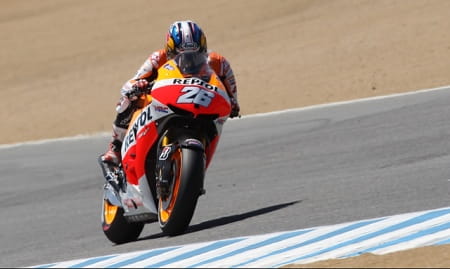 The three back-to-back flyaway MotoGP races kick off this weekend in Sepang and with the Marquez/Pedrosa now put to bed as Marquez is handed one penalty point for brushing into his team mate last time out at Aragon, the championship fight is set to continue as planned.

Marquez currently leads the championship by thirty-nine points and based on his form so far this season it’d be outrageous to count him out for the win. It’s not been a great circuit for the young Spaniard in the past though, it was the scene of the incident which ruled him out of the 2011 Moto2 World Championship and he also crashed out of the 2012 Moto2 race. Marquez does have one win to his name at the Malaysian circuit though; he took victory there on board his DERBI in the 2010 125cc Grand Prix.

Jorge Lorenzo hasn’t taken a single victory in MotoGP at Sepang, although he did take victory at the circuit back in 2006 in the 250cc World Championship. With only four races remaining, Lorenzo has little choice but to beat the Spaniard if he’s to keep his title hopes alive. If Lorenzo won each of the remaining races, Marquez could finish second in each and still win the championship so the Mallorcan needs to take as many points as possible from the younger of the Repsol Honda team mates.

Speaking of the Repsol Hondas, it was Pedrosa who took victory at Sepang last year in a race red flagged after thirteen laps because of worsening weather conditions. This was Pedrosa’s only win in the MotoGP class at Sepang, although he also won there in 125 and 250 Grand Prix. However after falling in Aragon following the now infamous incident, Pedrosa is a whopping fifty nine points in arrears of Marquez – it’d be somewhat of a miracle if he could turn around his title challenge in the next few rounds.

Valentino Rossi has won five of the last nine Grand Prix in Sepang, making him the rider with the most previous success at the circuit. Having not taken a win since Assen, Rossi will be hungry for further success but he knows full well beating Marquez, Lorenzo and Pedrosa is a big ask.

Cal Crutchlow will be looking to return to the form that saw him become talk of UK biking community earlier in the season, although with Stefan Bradl and Alvaro Bautista on strong form at present we could well see another titillating battle amongst these three and Rossi.

In Moto2, Britain’s Scott Redding heads to Sepang with a lead of just twenty points having been on the podium since Silverstone. Scott knows full well his one task over the next few races is to finish ahead of Espargaro, who has reduced Scott’s championship lead in the past couple of rounds.

The title battle continues to heat up in Moto3, with twelve points now separating the top three of Luis Salom, Alex Rins and Maverick Vinales. Although there’s nothing to say it’ll just be these three up front in Sepang, Alex Marquez has now taken three third places in a row – is it time for the younger brother of the MotoGP championship leader to take his first victory?