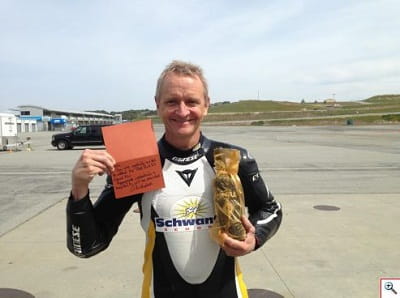 GP legend Kevin Schwantz steps out of racing retirement and agrees to ride alongside Noriyuki Haga and Yukio Kagayama at the Suzuka Eight-Hour in July!

The 48-year-old GP legend made the shock announcement this morning on Twitter, announcing his entry into Team Kagayama and has made no bones about trying to win it.

Schwantz, who will be 49-years-old when the race takes place, said: “With two of the toughest and fastest riders, along with three riders who know Suzuka well, I believe that there is a big chance to win.  Although I have been retired from racing for a while now, I have been riding very frequently as I organize a riding school, so there should not be any problem.  I can’t wait until this “Mid-summer Festival” starts.  I have been continuously saying that I have never won at Suzuka 8 Hours, and would like to post a new page in my racing career by winning the race”

The team will use a Suzuki GSX-R1000 on Dunlop tyres.

Yukio Kagayama said:“Team Kagayama will be racing at the Suzuka 8 Hours for the first time this year.  In order to achieve results, I thought I needed Noriyuki and Kevin whom I both deeply respect, and negotiated with them.  I am now happy to make this announcement of the Dream Team.  I thank them both that they have accepted my offer.  The motorcycle racing in Japan needs such big surprise! The last time I won at Suzuka 8 Hours was in 2007, and with the help of my teammates, I aim to win this year”

Haga will be on a Suzuki for the first time. He said: “I made a promise with Yukio in the past, that I will race with him together at Suzuka, and now I am happy that I will be able to fulfill that promise.  Along with my teammates, we will aim to win the race, and take the best from the opportunity Team KAGAYAMA has given me.  I am looking forward to racing with Yukio and Kevin, to be on a Suzuki machine for the first time, and my first Dunlops in 11 years”