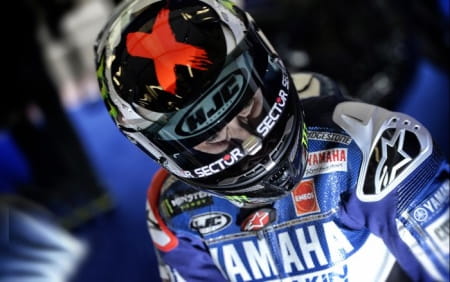 Marc Marquez turned up to Silverstone this morning for the first time on a MotoGP bike and set the fastest time in FP1 after just fourteen laps. Jorge Lorenzo was second in the morning session with Britain’s Cal Crutchlow rounding out the top three followed by Pedrosa and Bautista.

However, in the afternoon session Jorge Lorenzo fired a clear warning shot in the direction of Marquez, who leads the championship after winning the last four MotoGP races. The current World Champion posted a time (on just his third lap) over a quarter of a second faster than the Repsol Honda man to show Marquez his winning streak could soon come to an end. Lorenzo has won at Silverstone more than any other rider and is perhaps favourite to topple Marquez come Sunday.

Third on the timesheets was Dani Pedrosa, reportedly now nearing full fitness. Alvaro Bautista’s recent form saw him fourth in the afternoon session with nine-time champion Rossi in fifth ahead of Britain's best hope of a British winner at home, Cal Crutchlow. Andrea Dovizioso was the first Ducati in seventh ahead of Tech 3’s Bradley Smith, tackling his home Grand Prix on a MotoGP bike for the first time. Stefan Bradl and Nicky Hayden round out the top ten.

With any luck, the sunshine will remain for tomorrow’s qualifying sessions.