It's confirmed! We announced back on the 2nd July that Cal Crutchlow had an offer from Ducati and that his signature was imminent.  Today, we were proved correct when an official announcement confirming that the British MotoGP star will join the Italian marque for 2 years replacing Nicky Hayden, the 2006 World Champion.

At the end of the current season Crutchlow moves from Herve Poncheral’s Monster Tech 3 Yamaha outfit after three years with the satellite team…and considerable success, including 6 podiums so far. Over the past two years Crutchlow has made no secret of his desire for a factory MotoGP ride and after almost signing with Ducati for 2013, the Brit’s move ahead of the 2014 season should come as no surprise.  Having remained with Tech 3 for 2013, Crutchlow has made significant progress in taking the challenge to the factory machines of Lorenzo, Pedrosa, Marquez and Rossi in turn increasing interest from both rival manufacturers as well as Yamaha themselves.

It would seem despite Yamaha’s best attempts to keep the 27-year-old in the Tech 3 squad – even though rumours suggest the seat has already been given to Moto2 title contender Pol Espargaro – they could not better the offer from the Audi-owned manufacturer.

Ducati haven’t won a MotoGP race since Phillip Island in 2010 and have only taken three podiums since then, despite having the services of nine-time world champion Valentino Rossi for two seasons.  Crutchlow will link up with his former Tech 3 team mate Andrea Dovizioso on board the Desmosedici. 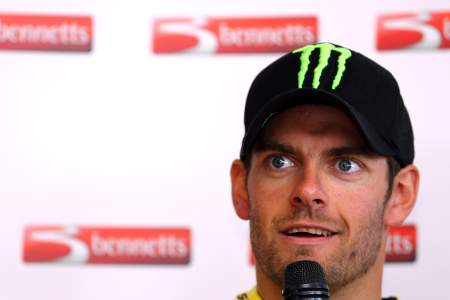