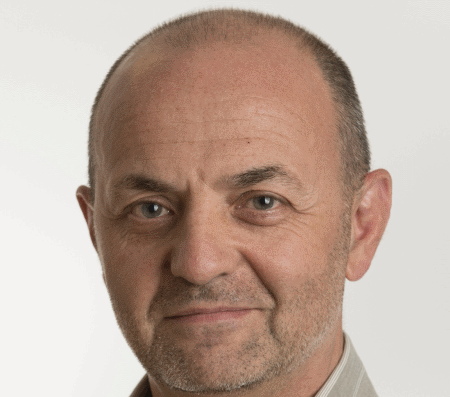 When it was announced that BT Sport had obtained the exclusive license to air MotoGP in the United Kingdom earlier in the year, worry spread among British Grand Prix racing fans. With many unsure about paying up to £15 per month for the privilege of watching MotoGP on a sports channel which seemed to have placed a primary focus on football, many were concerned for what it could mean for the sport.

Several months later, at the British Grand Prix, BT Sport announced that they’d be recruiting Cal Crutchlow, Scott Redding and Bradley Smith as BT Sport ambassadors and they began to put out MotoGP teaser coverage. It looks quite exciting to be honest, did you ever think you’d see Clare Balding interviewing Cal Crutchlow?

We caught up with one of the key people behind the project, BT Sport’s Head of Digital Production, Mark Coyle:

What does your role at BT Sport entail?

I'm Head of Digital Production at BT Sport, which means I'm in charge of the team of journalists and producers who create content and manage the BT Sport website, the BT Sport app and our social media accounts on Twitter, YouTube, Facebook and Instagram. We're based at the BT Sport studios on the Olympic Park in east London. Before joining BT Sport in December 2012, I worked for the BBC for 18 years, where I was part of the team that launched the BBC News website in 1997. I also led the launch of BBC Democracy Live. My last role was as Editor, BBC London 2012, Online, working on the Olympics, the torch relay and other parts of London 2012.

You appear to be a keen biker?

Yes. I had a moped when I was a teenager but came off and didn't like the gravel rash so didn't really think about bikes again until I began working in London and discovered that a scooter was a good way to get around. After that it's a predictable story - I was bitten by the bike bug and after about eight months on a scooter then a YBR 125, I started taking lessons for my full licence. I passed first time in June 2011 and bought a Kawasaki ER6F and last year bought a Triumph Sprint GT 1050, which my wife and I use for touring. Right now I'm agonising over whether or not to buy a second bike, mainly for commuting, and if I do it's either going to be Street Triple or a Monster (maybe a Streetfighter). I've just done my first track day although it was abbreviated by heavy rain and I'm going to Spain on a track package next month.

What does it mean to you, as both a biker and representative of BT Sport that MotoGP is moving to the channel?

I'm hugely excited by the prospect of having MotoGP as part of the BT Sport line-up. I love team sports and played rugby for many years but I see bike racing as "my" sport nowadays. It helps that my wife - who must be the most patient woman in the world - is also really into MotoGP.

You’ve already started to leverage MotoGP and if what we’ve already seen is a sign of things to come, it’s got to look good right?

Of course - and we're really pleased with the reaction we've had to what we've done so far. We've started to include MotoGP news on BT Sport Live, one of our key programme strands on BT Sport 1 and we're putting news and video on the BT Sport website and in the app. The announcement at Silverstone that we've signed up Cal, Bradley and Scott as BT Ambassadors was well received and I think it shows how seriously we're taking the sport.

What would you tell fans unsure about the change to reassure them?

We understand that some people don't like change but between us at BT Sport, we have many years of extensive television and digital production experience and we're all really excited about what we can do with MotoGP. We have a five-year deal with Dorna so we have time to try out different things and we want to listen to people's feedback. I've put together a MotoGP focus group which includes people from outside BT Sport so I think that demonstrates just one way we want to be accessible to MotoGP fans.

The attendance at the Silverstone GP was record high, why do you think this was? Cal Crutchlow, Scott Redding, weather?

I think it was a combination of all those things. There's a feeling of excitement around MotoGP at the moment as a result of the good run Cal had earlier in the year although things haven't gone so well for him in the last few races. Scott is such a character; he has a real enthusiasm about him. He was delighted when BT Sport organised some interviews with him at Silverstone and he found out that Nuts and Loaded were among the publications who wanted to talk to him.

The future is looking good for Brits in MotoGP… BT is already putting focus upon this, will this continue into 2014?

Absolutely. There are some fantastic stories to be told about the riders and about what goes on around MotoGP especially over race weekends and we're looking forward to bringing those stories to life.

Do you think the positive future for Brits in GP along with the high standard of coverage BT Sport are looking to put out next year could push MotoGP to a wider audience, if so, how?

We certainly hope so. We want to appeal to the diehard fans, the casual viewers and also reach those people who haven't been to or seen a MotoGP race. They're such exciting events with so much colour around them in terms of human spirit, bravery, thrills, danger, glamour and a whole lot more. What's not to like about all of that? It's what makes people passionate about sport and we can't wait to get more heavily involved with MotoGP.

Do you think there is scope for BT Sport to go after other motorcycle racing championships in the future?

We're often asked this question about a range of sports and the short answer is that we talk about lots of things lots of the time. MotoGP is going to be right up there with our football and rugby coverage and we're concentrating on getting it right.