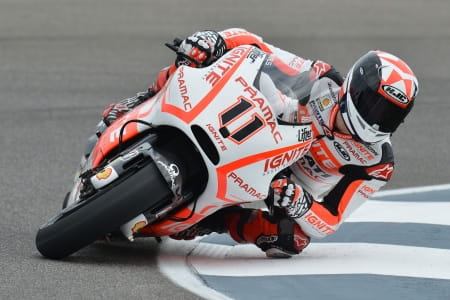 2009 World Superbike Champion, Ben Spies has announced he is to retire from competitive motorcycle racing after a torrid 2013 season plagued with injury. Spies has ridden just two races this year back at the start of the season however the Texan was suffering persistent problems from a shoulder injury sustained at the 2012 Malaysian Grand Prix.

Spies moved to the Grand Prix paddock in 2010 with Tech 3 Yamaha, where a successful rookie year meant he’d move to the Factory Yamaha outfit in 2011 following the departure of Valentino Rossi. The Texan endured a tough two seasons at Yamaha, taking just one victory and three further podiums in his time with Yamaha.

A move to Ducati, with the factory supported Ignite Pramac team for 2013 on a two year contract had risen hopes of Spies returning to form he was capable of. However, after just two rounds the American had to concede defeat to his injury and take time off for rehabilitation. Despite an attempted return at Mugello, Spies finally got back on the bike for his home round at Indianpolis, however a heavy practice crash once again on the injured shoulder ruled him out for the rest of the season.

With contract in place with Ducati for 2014, Spies had been adamant he would return even though rumours placed him moving to Ducati’s World Superbike effort. However today, Spies has announced his retirement from competitive racing after being unable to confirm whether he’ll be able to physically ride in 2014.

“I had such high hopes for racing for Ducati and Ducati has been incredibly supportive of me during this challenging year, so I am tremendously disappointed that I have not been able to fulfill my personal goals and team goals with Ducati” said Spies.

“I want to thank everyone from racing organizations, factories, teams and all my fans for helping me and supporting me throughout my career. I never dreamed that I would reach the level of success that I have over the past 20 years of racing, but the time has come to stop and I do so with great sadness.”