Aragon next stop for MotoGP 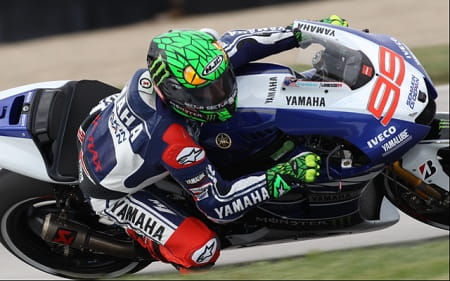 MotoGP resumes in Aragon this weekend and the Repsol Hondas will be looking to capitalise on their strong history at the Spanish circuit to put a stop to Jorge Lorenzo’s recent resurgence. The reigning World Champion has taken victory in the last two races and overtaken Dani Pedrosa for second in the championship while reducing Marc Marquez’ lead to thirty four points.

However, after testing in Misano the Repsol Honda duo are confident they can halt the Mallorcan’s charge. Having a thirty-four point buffer is quite a cosy position to be in with just five rounds remaining, however Marquez should not rest upon his laurels just yet. One mistake could allow Lorenzo and Pedrosa to close up on the rookie and it’s not a risk you really want to be taking when one of your rivals is already a double World Champion.

Marquez has won at Aragon before in the Moto2 class, making him one of just two riders on the MotoGP grid to have won at the circuit before. The other being Pedrosa, who took victory at Aragon last year.

Aragon is one of three circuits on the Grand Prix calendar where Valentino Rossi has never won, in fact, Valentino Rossi has never been on the podium in Aragon. He finished sixth on board the Yamaha at the inaugural Aragon GP in 2010 and rode to tenth and eighth respectively in the following years at Ducat so the nine-time champion’s form at the circuit hasn’t been great, but could that change this weekend? He can put in laps as fast as the trio ahead of him but he’s struggling to do this consistently…

Having not been on the podium since Germany, Cal Crutchlow will be looking to make up for what’s been a pretty poor run of form recently. The Brit had to qualify in Q1 for the first time this season at Misano and could only manage a sixth place finish behind Rossi and Bradl.

In Moto2, Scott Redding will be looking to return to form and extend his championship lead after Pol Espargaro’s domination at Misano while in Moto3, Maverick Vinales and Alex Rins will continue their chase of title leader Luis Salom.